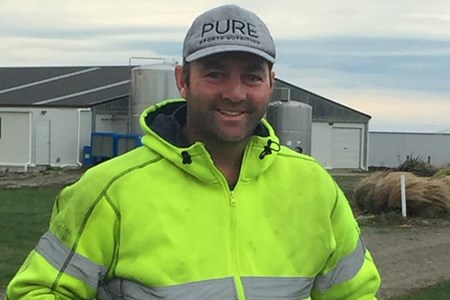 Terrace Farm is an 1100 cow farm stocked at 4 cows/ha, near Dunsandel. It is irrigated predominantly by pivot with some k-line, with effluent applied by a travelling irrigator. Mick and Kirsten have reduced their N fertiliser by dropping Jan and Feb applications, and using a set plan for applying N.

“Nitrogen doesn't fix a poor irrigation system or a lack of nutrients in the soil, so you've got to have everything right. If you do things right, you should be saving yourself money too – so it’s all win win.”

At Terrace Farm, Mick implemented a strategy that would keep their N fertiliser applications simple, and easy to monitor. At the start of the season, Mick splits the farm into three parts; 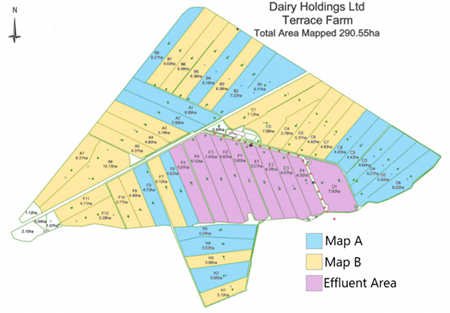 By splitting the farm this way, it is easy for Mick and his team to track where urea is to be applied by the spreading company, and how much has been applied to the farm to date. Urea is applied regardless of pasture cover in the paddock, and the team know to avoid putting cows in the paddocks that are due to be spread, with this being easy to monitor using the maps.

Mick is reducing the amount of N fertiliser applied each season, and in the 2019/20 season didn’t apply any urea in January or February. Mick says of removing the January and February applications “I would definitely do it again, but I have heard that it doesn’t work for everybody. The other part about reducing nitrogen is everything else has to be right – P,K and S.” 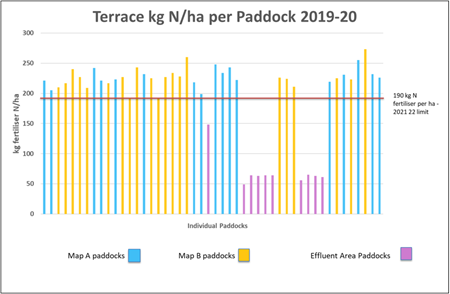 On an individual paddock basis, Terrace Farm is also working towards 190 kgN. As you can see from this graph, in 19/20, the effluent paddocks received a lot less N fertiliser and this meant that the average for the farm was lowered – the next challenge will be bringing all paddocks to 190.

A wide range of partner farms in Selwyn and Hinds are testing new approaches to reduce their nitrogen losses to meet Ecan requirements and improve environmental outcomes while maintaining or improving profit for their farm businesses.