Daryl and Karyn Johnson are in their second season milking 3-in-2 year-round.

Their primary driver for making this switch came from increasing not-in-calf rates, particularly in their younger cows. With long walks for cows up and down hills, 3-in-2 was already a tool  the couple had used during mid-late lactation with no loss in production, so it was a natural decision to look at this as an option.

A secondary driver focused on staff wellbeing and the ability to reduce staff hours, particularly over key times of the year such as calving and mating. 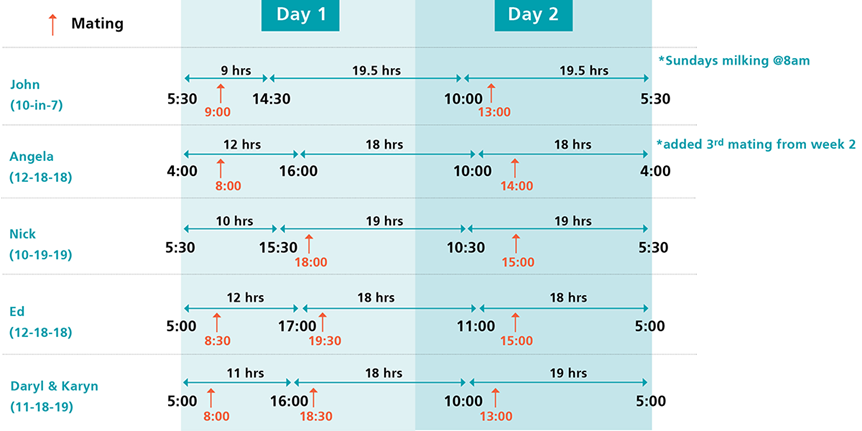