NZAEL research has determined that when a bull is used on a widespread scale, a negative bias is introduced into its Breeding Worth (BW).

It is likely that this bias is caused by incorrect recording. This could include errors in parentage assignment on farm.

The scale of this bias has been increasing over time and it is reaching a level which is unacceptable by international standards.

NZAEL have developed a method of correcting the reproof bias. The correction is applied differently to individual bulls and is dependent on the following factors:

Will this reproof correction affect any other animals?

Yes, any younger male or female relatives of these reproof bulls will have their BW altered upwards.

What are the steps? 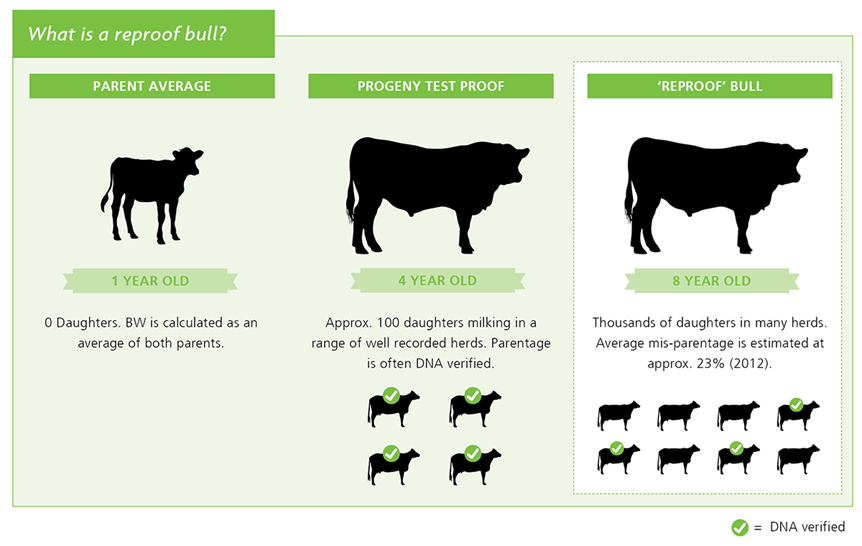 Learn how to get the most value out of the Animal Evaluation tools and information.