Bouncing back from bovis

Bouncing back from bovis

Canterbury farmers John and Michelle O'Connell have turned things around after a tough time with Mycoplasma bovis (M. bovis) in 2019. 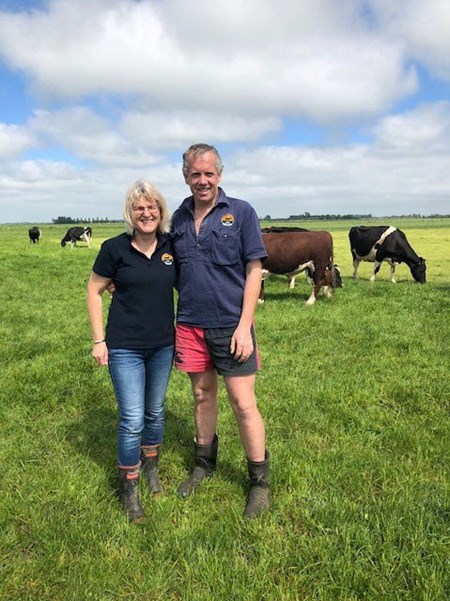 Out of the blue, John and Michelle O’Connell received a notice to cull 15 cows in January 2019.

“A small line of heifers we purchased had been grazing at an infected property. That was the first we’d heard of it, so it was quite a shock, especially because they were very nice cows,” says John. “M. bovis was confirmed in the slaughter samples and we knew then what was on the cards.”

John and Michelle are A2 herd-owning sharemilkers for Rural Equities Limited at Eiffelton, Canterbury. They also own a farm at Carew, near Rangitata.

“At the time it knocked us for a six, but we realised early on that we couldn’t dwell on it. We had to stay positive and keep moving. The toughest time was seeing the first load of cows away. The next 24 weren’t so bad,” says John.

John says it became apparent quite quickly that dotting all the ‘i’s and crossing all the ‘t’s was important for the compensation process to go smoothly.

To speed up the process and make things simpler, the O’Connells took on a lot of the admin tasks themselves. For example, they booked the killing space directly with their freezing works buyer.

Every truck load needed a slew of paperwork, to ensure the status of each animal was cross-referenced. If one piece didn’t line up, it would slow down the compensation process.

Every cow had a different category and valuation, so the O’Connells ensured the first animals to be slaughtered were the higher-value two- to eight-year-olds. Thereafter, they tried to have every unit load in the same category.

“We got into a good routine, and for every 200 cows, we lodged a claim and got paid within 20 days. The cows were valued by PGG Wrightson, and then we deducted what the works paid for them,” says John.

“We wanted to get our claims in quickly, so as soon as we got the ‘all clear’ from MPI, we could concentrate on buying a new $2 million A2 herd.

“The team was set up to help farmers complete the compensation paperwork. We had a lot of help from them and the service we received was exceptional.”

The O’Connells try to minimise stock movements between their farms. They’ve also leased a block for their service bulls so they can reuse them.

“We’re really careful about incoming stock, mainly around bulls. We buy yearling Hereford bulls from one place, so they haven’t been used over other cows, then we graze them for the rest of the season and use them again. We buy 20 bulls a year and once we’ve used two-year-olds for the second time, we cull them,” says John.

John is philosophical about the experience.

“Bovis happened over two financial years, so it’s been a bit tricky and we’re still trying to establish our results from last season. For sure, it was a tough couple of months but from a farming perspective, we probably couldn’t ask for better product prices than we’ve had for the last four years.”

What you need to know about Mycoplasma bovis.