A farmers’ response to drought

A farmers’ response to drought

Roger and Jane Hutchings share their experiences as they farm through drought in Northland. 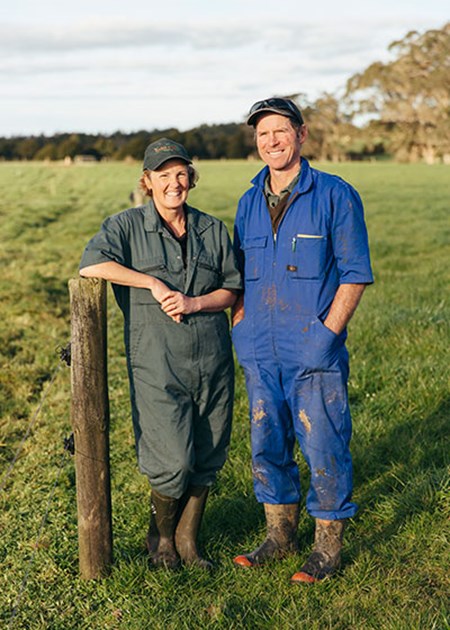 Roger and Jane own and run a 700-cow dairy farm between Okaihau and Kerikeri. The original farm was purchased by Roger's parents in 1960 and over the years the purchase of three neighbouring farms has increased the total area from 130ha to 470ha, which includes large areas of native bush and wetlands.

The effective milking platform is 282ha and they run a system 3 feeding programme, producing up to 1033 kgMS/ha and 420 kgMS/cow. 500 cows are milked TAD and the other 200 (including all the 2-year-olds) are milked OAD.

Roger and Jane were the drought monitor farm for the 2009/10 drought and hosted farmer field days on farm to discuss options around drought management.

Since our last report we have had very little rain (now 86mm since early March). The farm is green but we are still quite dry, a bit like a green drought. The forecast looks promising for the coming week, so here's hoping.

We have now sprayed out the remaining three chicory paddocks and the two sacrifice paddocks. We have started drilling to hopefully catch the coming rain.

We have completed a full round of urea on the farm now and the farm has a bright green colour, ready to pounce when we get the next lot of rain. We are about to start applying our autumn fert which will also have some N in it.

Our farm water supply is struggling. We do have bore water, however the pumps are working overtime due to the low water table.

We are still milking around 480 cows OAD.

Feeding 6kgs of maize silage, 2kgs meal in the shed and the balance is pasture.

Try to restrict the cost of this drought to this season and don't allow the impact to flow through to the next season. Things like cow condition, winter feed supply, re-grassing to fix damaged pastures, all need to be considered so next season is not compromised.

Water supply is critical. Monitor what is happening for your stock water. With the heat, and dry/extra feed going in, the cows’ water needs are high. Watch your water every day, and every shift. One leaking trough can cause major problems.

Talk to your friends and neighbours, as we are all going through this. You are not on your own. We are resilient, and we will get through this. It will rain and recover, it’s just when it will happen.

Droughts can occur almost anywhere across New Zealand. Find out what to do during the drought and after the drought breaks...