For Scott Paterson, status quo is not an option - there are goals to be met. 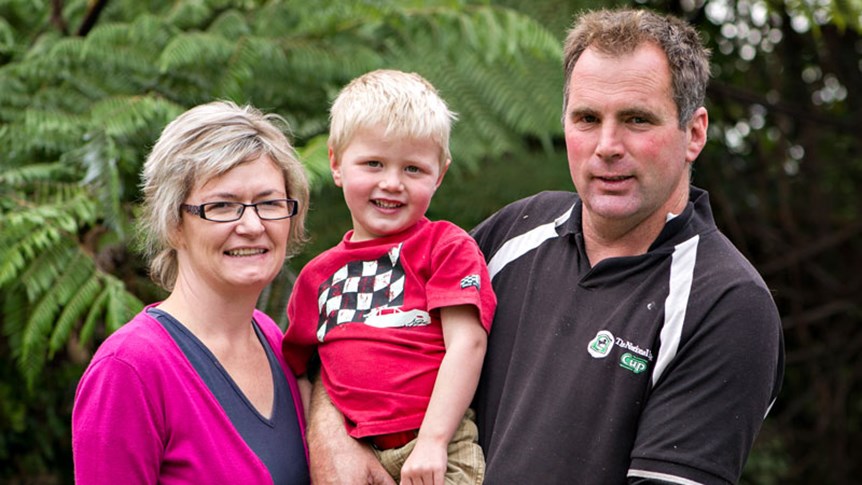 Scott, Alison and their son Sam.

Scott uses DairyNZ’s DairyBase as a tool to measure, evaluate and change. He used the programme as a sharemilker and again now as an equity partner in the 300ha farm he operates near Te Puke in the Bay of Plenty.

“You’ve got to look at your business regularly, make changes and evaluate them. So you’re always measuring, evaluating and changing,” says Scott. “Nothing ever stays the same.”

DairyBase tracks financial and physical data and allows farmers to access regional benchmarks to gauge how they are doing, compared to other farmers.

“We do cashflow budgets every month but we’re doing them in isolation, so we’re only comparing our own farm’s performance year-on-year,” says Scott.

“DairyBase allows us to compare our physical and financial information against our local Bay of Plenty benchmark. So we can look at our system and identify the areas we aren’t performing as well and ask why?”

DairyBase is relatively easy to provide information for, says Scott.

“You have all the physical information, like soil tests and how much fertiliser you put on, when you calve, when you cull cows... you are collecting it anyway.”

This season is full of change, including a milking shed extension to help lift per cow production. When Scott and Alison moved to the farm in 2009, it had a 25-aside herringbone shed. In late March, construction began on a second 25-aside pit.

Decisions are made based on the numbers, including those from DairyBase. It has been especially helpful in discussion between the equity partners, which includes Scott’s parents and a Waikato-based rural bank manager.

“Having the data from DairyBase has been really good for all the business partners. They can see where we are performing well and where we need to improve. It’s really good for that,” says Scott.

“However, our per cow production isn’t as good, with us producing 271kg MS/cow, while the Bay of PlentyDairyBase average for owner/operators is 359kg MS/cow. We looked at the data and realised we needed to produce more milk, while spending a similar amount of money.”

Extending their shed to 50 sets of cups should decrease milking times, while increasing the number of cows milked twice-a-day in the season. Another change is switching to system three.

“It was a system one to two farm when we first arrived. We have concentrated on building our cow numbers and this year we are putting our heifers out to graze, so we will be a system three.” 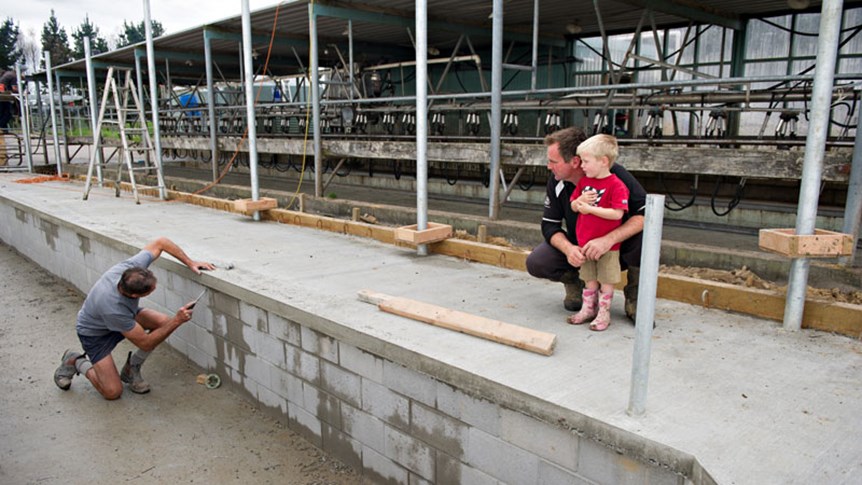 Scott and his son Sam watch as the new dairy shed is built.

This season Scott and Alison will have 750 cows and the shed extension will enable a return to 100 percent spring calving, having previously been split calving. A new milk supply company also fits better with their business plan.

The farm has two full-time and two part-time staff and the new shed is predicted to reduce labour costs.

“Because we spent so long milking, we were spending around $1.36/kg MS on labour, compared to the DairyBase benchmark of $1.05/kg MS. We should be able to get our labour cost closer to the benchmark once we have completed the shed,” says Scott.

“Basically, we should be able to do more milk with the same amount of people because of increased efficiencies at milking time.”

Using DairyBase as a sharemilker, Scott identified repairs and maintenance as a significant expense to his business, compared to other farms in the Bay of Plenty.

As an owner/operator, he decided to quit all his gear and use contractors to make silage, cultivate and spread fertiliser. The DairyBase figures for 2012/13 have illustrated the value of that decision.

Scott and Alison have now completed five seasons on the farm. Leasing land dictated a lot of their decisions for the first few years.

When they first arrived, they took on the neighbour’s 150ha for a two-year lease, in addition to the 150ha they own. That lease continues today but over a longer term.

“We didn’t want to spend too much money in those early years under a short-term lease because if we lost the lease, we’d have overcapitalised the farm,” says Scott.

“As well as that, milking 600 cows in a 25-aside shed meant we had a third of our cows on once-a-day in the peak. It wasn’t ideal but it was the best fit for the infrastructure we had.”

Part of a game plan

Scott and Alison benchmark against other farmers to identify how to achieve their goals.

“With the DairyBase benchmarks you can look at individual costs. Then you look at the business overall and how much money it is driving out. Then you tie that information back to where you want to be,” says Scott.

“It’s not all about money. You might decide you don’t want to be in the shed after five years, so what are you going to do to make that happen?” 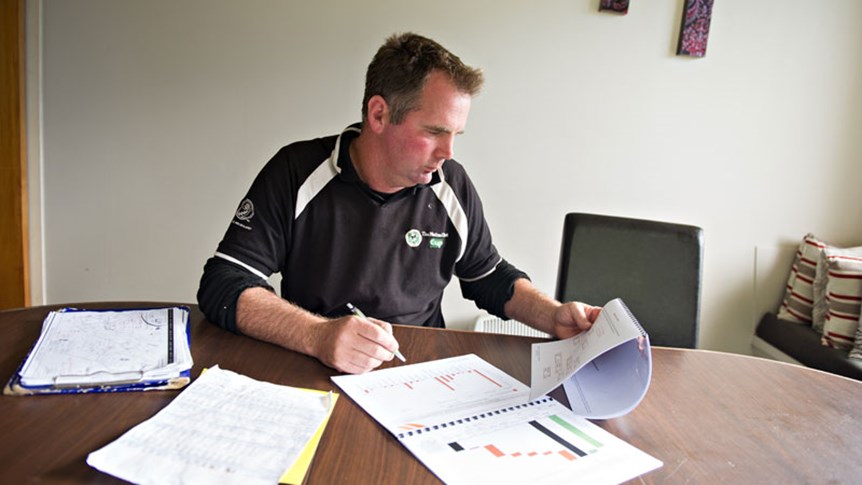 In 2006, as sharemilkers in Rotorua, Scott and Alison wrote their next set of goals.

“We sat down and said ‘right, we want a 600-cow farm, because that gives us enough staff, some flexibility and enough grunt to make money. And we want to be in a stable place when the kids start going to school’. We also wanted a 200,000kg MS farm.”

They can monitor how they are tracking towards their goals, with DairyBase.

Getting information into DairyBase early enables physical key performance indicators and benchmarks for the previous season to be available in early spring. This means the effects from changes made on the farm last season can be assessed quickly.

Scott attends a specialist discussion group where everyone shares information from DairyBase.

“These groups are really helpful and have a lot of information people use to actually make big changes in their business.”

Scott says it is important that farmers have a way to access other farmers’ information.

“A lot of farmers don’t have dairy neighbours or the dairy communities are a bit more fragmented, so DairyBase is quite good for providing that access to benchmarking data.”

Thanks to a DairyBase project run by the Bay of Plenty Focus on Dairy group, farmers have robust figures, with more than 40 farms contributing to the benchmarking data. The plan is to increase this to 50 farms next season.

“It’s good, because we’ve made some decisions to change and DairyBase has been part of that,” says Scott. “We wouldn’t have had the accuracy on what areas to improve, unless we could benchmark ourselves against something.”

Good record keeping has helped Louise and Mark Jellyman progress through the dairy industry from lower order sharemilkers through to farm owners.

Since 2013, Manawatu dairying couple Michael and Raewyn Hills have been 35 percent equity partners in Burnside Farms with Michael’s father Peter, and Brian and Alison Hills.

Shane Whitmore attributes being in the top 20 percent of 50:50 sharemilkers to efficiency gains made through regular use of DairyBase.