The Climate Change Ambassadors are an important part of helping dairy farmers and our farming communities understand how they can make environmental improvements on their farms.

Identified initially through DairyNZ’s Dairy Environment Leaders programme, the Climate Change Ambassadors are already involved in a range of initiatives, including improving water quality, reviewing their farm system to reduce its environmental footprint, and working at a grass-roots level with their community to achieve better outcomes for the environment and farming. 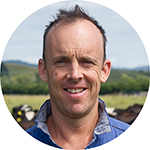 Fraser owns a dairy farm near Whakatane in the Eastern Bay of Plenty, which has been in the McGougan family for 120 years. He and his wife Katherine have 430 cows on 143ha. Among a number of awards, the couple won the Bay of Plenty Ballance Farm Environment Awards Supreme Award in 2019. The McGougans have fenced all their waterways, matched their stocking rate to what the land can sustainably carry and decreased their amount of imported feed.

“New Zealand is already the most sustainable dairy producer in the world. Now we need to understand on our individual farms what more we can do to continue to reduce our environmental footprint to maintain our competitive advantage and do the right thing,” says Fraser. 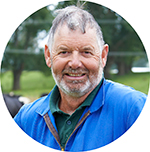 George and Sharon Moss own two small dairy farms in the South Waikato, each running 175 cows. They also have a 40ha dairy support and beef block.

They have been involved in many dairy sector initiatives over the years focussed on supporting farmers to reduce their footprint and improve profitability. The farms are efficient and are implementing a range of environmental initiatives. George plays a key role in media interviews, showcasing the amazing work farmers are doing to reduce environmental footprint.

“The public can have confidence New Zealand dairy farmers are world leading in carbon efficiency of products produced on-farm. As a sector we know we need to keep improving to continue giving consumers what they want, maintain or even increase profitability and do the right thing by humanity,” says George. 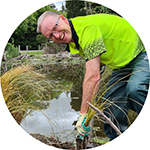 Aidan is a partner in a 900-cow winter-milk farm in South Wairarapa. He is focussed on being an environmental leader, a role model and advocate for best management practice.

“While farmers feed the world we still need to do our bit to reduce human's impact on the climate – we only have one planet,” says Aidan. Andrew and wife Vicky are sharemilkers on a 174ha, 400-cow farm in Titoki, 30km west of Whangarei alongside the Mangakahia River. His grandfather and father worked the land and Andrew has lived there all his life, apart from stints studying at Lincoln University and on farms in Canterbury, Hawke’s Bay and Waikato.

Andrew’s vision is a farm he is proud of and happy to bring anyone on to as an example that dairy farmers are doing all they can to enhance the land and environment they farm.

“Growing up on the land has certainly made me appreciate it a lot more,” says Andrew. 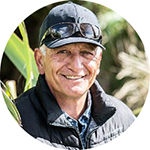 Raised on a dairy farm in Tapora on the Kaipara Harbour, Earle is of Ngāti Whātua and Ngāti Porou descent. He takes an Indigenous world view, where all the pillars are equal i.e. human wellness, water, climate change, just to name a few. Earle and his wife, Gaeline, have a 120ha dairy platform – plus 61ha runoff – that milks 300 cows. Earle’s long-term focus is to show that dairying is not environmentally negative whilst beautifying his farm and improving wildlife.

Earle is heavily involved in the community. He is involved with the Integrated Kaipara Harbour Management Group and chair of Tapora Land and Coastal Care Group which is focused on pest management and restoration of the 100,000ha peninsula. He won the Northland Farmer of the Year title in 1999. He sees efficiency gains as one of the solutions to reducing emissions.

“The more efficient you are, the lower your carbon footprint per unit of what you produce, whether that be milk, meat or whatever,” says Earle. 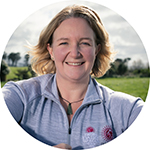 Trish and husband Glen are sharemilkers in South Taranaki. While originally a teacher, she is now a project leader for Taranaki Catchment Communities and spends time involved in a range of activities that support the dairy sector including working as a Dairy Women’s Network Trustee, Dairy Environment Leader, Rural Razzle Trustee and heavily involved in the Opunake Surf Life Saving Club. 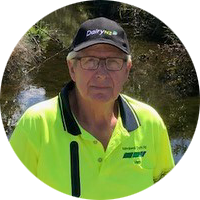 Vern is a third-generation dairy farmer. Vern’s South Wairarapa farm was part of the Lake Wairarapa Moana restoration project which involved constructing a wetland. He is one of six shareholders in Kaiwaiwai Dairies Ltd which owns 297ha and leases a further 336ha, milking 900 cows with a 60:40 split of spring and autumn calving.

Demonstrating good environmental stewardship and now understanding and responding to the challenges of climate change is a key focus for the team at Kaiwaiwai Dairies.

“As a Climate Change Ambassador I have learnt a lot and enjoyed meeting people from all parts of NZ and discussing the climate change pathway forward,”says Vern. 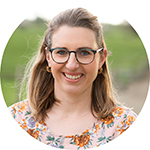 Melissa leads the DairyNZ Dairy environment leaders as Chair of the Dairy Environment Leaders Forum as well as being a member for the DairyNZ Climate Change Ambassadors. She has recently been appointed as an Associate of Diprose Miller Ltd Chartered Accountants, where she plays a lead role providing strategic planning and governance advisory services.

Melissa and her husband Justin Slattery own and operate a 300 cow, 106ha farm located in Elstow, near Te Aroha in the Waikato. As a Chartered Accountant she holds a Business Management Degree from the University of Waikato.

Her and Justin's farming journey took them to Canterbury sharemilking. While in Culverden they entered and won NZ Sharemilker/Equity Farmer of the Year title in 2015 for the Dairy Industry Awards. Melissa is a former regional leader for the Canterbury/North Otago Dairy Industry Awards and former chair of the North Canterbury Rural Business Network.

Melissa has three sons aged 1 to 6 years old and enjoys biking, camping and a bit of social netball.

“Remember that when it comes to reducing emissions, small reductions are important,”says Melissa. 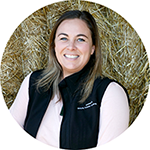 Ash-Leigh is the Technical Farm Manager at Ngāi Tahu Farming, responsible for assisting with the management and performance of the dairy farms. There are currently eight dairy farms (8,100 cows) and five dairy support farms run together as one operation.

Ngāi Tahu Farming’s purpose is to produce sustainable products from their environment in a way which is in line with Ngāi Tahu values; contributes to achieving Ngāi Tahu aspirations such as upholding the tribe’s role as a kaitiaki (custodian) of the environment, creating employment opportunities for Ngāi Tahu people, and running a successful business that is committed to best practice operations.

Ash-Leigh was the first ever female finalist in the 2016 Ahuwhenua Young Maori Farmer of the Year dairy competition, chairperson for the New Zealand Young Farmers organisation and most recently Ash-Leigh was announced 2020 Fonterra Dairy Woman of the Year.

“I love encouraging farmers to adopt new research and technology into their farming operations and continue being the best and most innovative farmers in the world. I feel really privileged to be involved as an ambassador and I hope I can contribute as a “younger” voice around the table. Being involved in this industry is a passion and I don’t see myself doing anything else, I am committed to sustainable farming and environmental protection,” says Ash-Leigh. Steve Smith is the general manager of AB Lime in Winton. AB Lime operates a 374ha dairy farm which milks 950-cows. The farm is part of DairyNZ’s Greenhouse Gas Partnership Farms study which is helping identify ways to reduce emissions. Steve’s passion is for people and innovation. Read more about the operation at The Vision is Clear.

“Positive environmental outcomes don’t just happen, you need to target them. It’s tough minimising environmental impacts, it’s a lot of work. If we can help find some solutions that can help the industry, then that’s a win for everyone,” says Steve. Flemington Farm is owned by Phill and Jos Everest and run by their son Paul Everest. The dairy farm is 273ha of flat terrain, with a milking platform of 217ha and 38ha used for winter/feed crops and young stock.

The Everests have made progress with operating a low intensity system and running efficient irrigation and are also part of DairyNZ’s Greenhouse Gas Partnership Farms study which is helping identify ways to reduce emissions. Read more here.

“As a climate change ambassador I hope to provide a ‘reality check’, provide feedback to the regulators to ensure the targets are practical and fair across the NZ economy and the World,” says Phill. Graeme and his wife Jacki farm a small 60ha dairy farm and 12ha support block near Tokoroa. They signed on as foundation suppliers to the independent, Maori owned processor Miraka because of a sense of shared values and direction. The 2018/2019 season saw them win the ‘Tread Lightly’ award for the lowest emissions per kg milk solids across the Miraka supplier base.

Remaining profitable in a changing environment, while using less than 20 units of synthetic N annually, and no PKE, they feel they are well placed to continue reducing emissions going forward.

"By changing how we do some things on farm, we can make a big difference to our emissions," says Graeme. In 2014, Louise graduated from the Escalator Agri-Women’s Development Trust leadership and governance programme.

Dairy farmers with support from the wider dairy sector are taking the lead on finding ways to reduce greenhouse gas emissions.

Climate change is a global issue and we all need to play our part to limit further change. Find out more here.
Thank you for submitting your opinion
Sorry, we could not process your request at this time. Please try again later.