Caring for the transition cow

Caring for the transition cow

As dairy cows transition from dry to milking animals, they undergo big changes that leave them at risk to many health conditions.

Therefore, it’s vital that cows are properly managed during this time because diseases can have far-reaching effects on their reproductive performance, production, and longevity.

It’s important to recognise what a normal level of disease is around calving, so you can identify when to intervene. Look out for any of these red flags below.

The calving process causes big changes in the body. A cow’s immune function is compromised, and teat canals open during a time when unfavourable ground conditions are common. These risk factors can lead to an increase in mastitis rates. Many of the clinical mastitis cases seen in the first two weeks after calving, when the cow comes into milk, are actually contracted in the late dry period.

To make calving easier hormones relax the cow’s pelvic tendons and ligaments.  However, the hormones affect all the tendons and ligaments in the body including the foot. This creates a less stable foot that’s more prone to damage. In addition, body condition loss after calving affects all areas of fat in the body including the fat cushion in the foot, reducing the foot’s ability to absorb shock. These two factors make the risk of getting lame much higher. Poor stockmanship and management around calving can result in increased lameness (more than five percent of the herd per month) around mating and further into the season.

Despite the challenges a cow faces around calving, there are strategies you can employ to protect her through this period.

Although it was recommended for years, springer cows should not be over-fed. Determine how much they should eat by estimating liveweight at calving:

A cow immediately pre-calving is 'full of calf' and it takes her longer to consume what she is offered. It is best to run these animals separately if possible.

Check your springer cows at least twice a day and intervene early if you see any calving issues.

Magnesium for springers is important to prevent milk fever at calving and for lactating cows to prevent grass staggers after calving. Aim to supplement cows and heifers for two to four weeks before calving and for up to four months post-calving. For details, see DairyNZ Farmfact 3-1.

Supplement cows with minerals such as selenium, copper and iodine as these are critical for general immune function around calving and reproduction.

As cows have ‘fragile’ feet at this time, be patient with them to prevent lameness. It’s crucial that you don’t rush stock on the races and that you never see ‘heads up’ in the yard.

Practise good hygiene during milking, to help prevent infection from entering cows’ udder. Wear gloves during milking, fix up, or reduce use of muddy areas in the raceways where possible, and avoid putting calving cows in soggy paddocks.

Teat Spray to keep the Bugs Away

To control rates of clinical mastitis in early lactation, use an approved teat spray that keep teats soft and disinfected.

Ensure cows have access to clean drinking water at all times.

To set your team up for success over calving, see Setting up for calving.

Essential skills and information to increase your number of successful births. 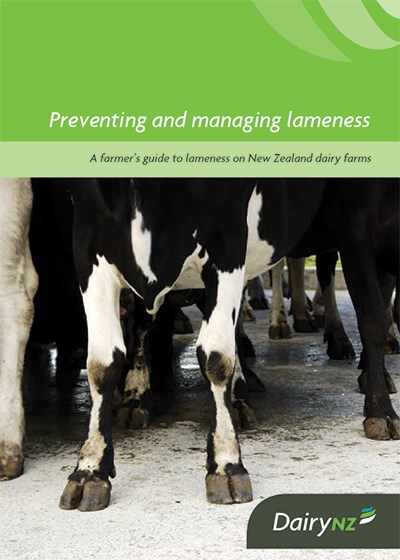 A farmer's guide to lameness on New Zealand dairy farms. 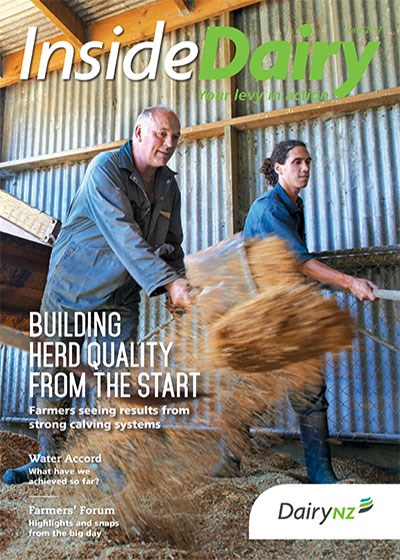