What are the effects on production, environmental outcomes and profitability when removing imported supplementary feed from a pasture-based system?

When demand from the herd exceeds pasture supply, supplementary feed may be offered to increase dry matter (DM) intake and milk production1. This often comes with an expectation that this increased production will lead to greater profitability.

However, analyses of farm systems experiments2 and farm databases3, 4, 5, 6 challenge this. These studies concluded that, on average, increasing the amount of supplementary feed offered in pasture-based systems isn’t associated with an increase in profitability, despite greater milk production and greater gross farm revenue.

Also, the intensification of grazing systems through increases in supplementary feed and stocking rate have often been associated with poorer environmental outcomes, such as reduced water quality and increased greenhouse gas (GHG) emissions7. 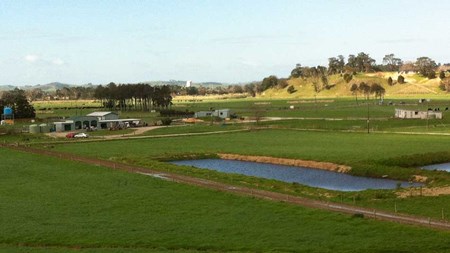 This article describes the results of a recent farm system experiment that determined the biophysical, environmental, and economic effects of removing imported supplementary feed from a pasture-based dairy system.

A three-year farmlet experiment, co-funded by DairyNZ and the Ministry for Primary Industries through the Sustainable Farming Fund, was analysed to investigate if New Zealand pasture-based farms could reduce their reliance on imported feeds and maintain profitability.

The experiment was undertaken at the Northland Agricultural Research Farm (NARF), near Dargaville, during the 2015/16, 2016/17 and 2017/18 dairy seasons. Pastures at the site consisted predominantly of ryegrass and kikuyu.

As part of this analysis, two 28ha pasture-based systems, differing in stocking rate and the amount of imported feed, were compared. Treatments were: 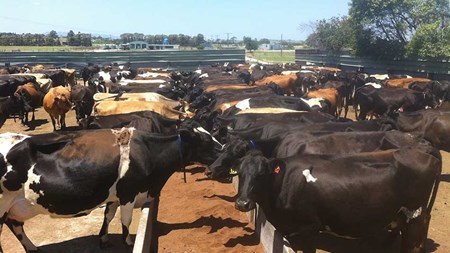 Average milksolids production (kg MS/ha) was 16 percent lower in the 'Pasture treatment’ (915kg MS/ha) when compared with the ‘PKE treatment’ (1092kg MS/ha). This was due to the combined effects of a lower stocking rate (0.2 to 0.3 cows/ha), lower average production/cow/day (0.08kg MS/day), and a shorter average lactation (seven days). There was no significant effect of treatment on BCS, 6-week in-calf rate or not-in-calf rate.

This response is approximately 30 to 50 percent greater than average milk production responses to supplementary feed achieved in historic multi-year farm systems experiments2, as well as those estimated from farm financial databases6.

It is difficult to isolate the cause of this comparatively large response to supplementary feed; however, several factors may have contributed, as detailed below.

The extra milksolids that can be expected from each kilogram of supplementary feed is primarily determined by the amount of pasture a cow ‘refuses’ when offered supplementary feed. This is referred to as 'substitution'8, 9.

The rate of substitution is primarily determined by the relative feed deficit of the cow, which is a measure of how well the consumed diet meets cow requirements. 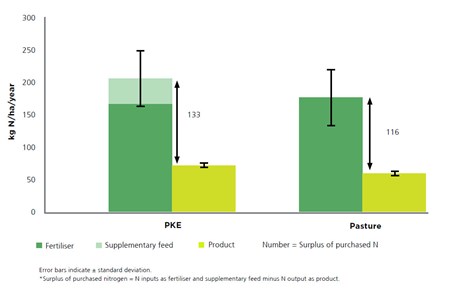 Throughout the experiment, once-a-day (OAD) milking was a management strategy that could be used in both farmlets to offset the negative consequences of a large feed deficit (e.g. energy balance and BCS).

In the third year of the experiment, high rainfall and saturated soil conditions led to very poor pasture production and utilisation during early spring. As a consequence, in the PKE treatment, cows were fed additional PKE to increase feed supply, while in the Pasture treatment, cows were milked OAD for six weeks. Milking cows OAD in early lactation has a negative, immediate and carry-over effect on milk production, due to reduced mammary cell activity and number11.

This experiment was conducted in Northland with kikuyu forming a seasonal component of the pasture sward. Kikuyu has a lower DM digestibility than ryegrass pastures. A cow grazing kikuyu-dominant pastures will consume a lower quantity of metabolisable energy and, potentially, be in a greater relative feed deficit, compared with a cow grazing ryegrass pastures for the same DM intake. As a result of the greater relative feed deficit, a larger response to supplementary feed could be expected from cows grazing kikuyu-based pastures than ryegrass pastures.

The effects of the different treatments on the environment were modelled through Overseer version 6.3.1.

There was no significant difference in nitrogen (N) surplus (Figure 1) and, as a result, no effect on estimated N leaching between the PKE (16.3kg N/ha/year) and Pasture (15.7kg N/ha/year) treatments.

These differences were largely the result of lower methane emissions/ha associated with lower total feed eaten (DM intake/ ha) in the Pasture treatment. The contribution of CO2 to total GHG emissions also tended to be lower with the removal of PKE due to the off-farm carbon footprint associated with PKE (kg CO2- equivalents/kg DM).

There was no effect of treatment on emissions intensity (kg CO2 equivalents/kg MS – see Figure 2), which is consistent with previous studies investigating the effect of feed use on GHG emissions7.

Financial data from the experiment were analysed to determine the average operating profit for each treatment, including a non-cash adjustment for differences in capital requirements between treatments.

In addition to the three-year financial analysis, economic modelling was undertaken to account for changes in milk and key input prices and to evaluate the likely long-term profitability of the two treatments. 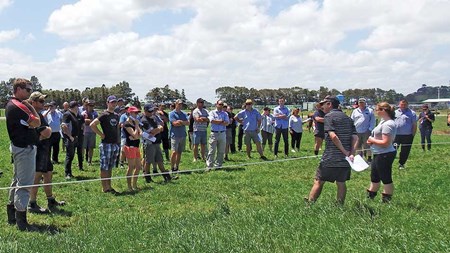 As a result of net differences in gross farm revenue and operating expenses, the PKE treatment returned only a small average operating profit advantage of $150/ha (seven percent) compared with the Pasture treatment (see Table 1). When accounting for the variability of key market prices, such as milk and palm kernel, the PKE treatment returned a greater operating profit in approximately 70 percent of scenarios (also see Table 1).

A 10 percent lower milk production response to supplementary feed would erode any profit advantage from feeding PKE (Table 1). In other words, even with a response of 110g MS/kg DM, over a decade, the PKE and Pasture treatments would return a similar average operating profit. 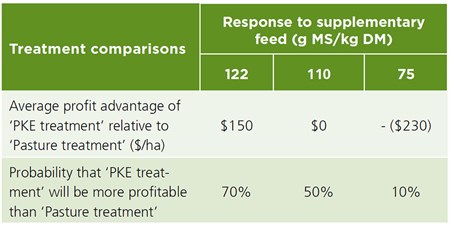 Table 1. Effect of response to supplementary feed on treatment differences in profitability.

Despite the large responses to supplementary feed achieved in the current study, if an economic valuation of treatment differences in GHG emissions (at $25/t CO2 equivalents) was considered, the average profit advantage of the PKE treatment over the three-year period of the experiment was reduced to $89/ha. In addition, the PKE treatment would then return a greater operating profit than the Pasture treatment in only 55 percent of years.