Farmers on the front foot

Farmers on the front foot

DairyNZ’s Farm Gauge consistently identifies three areas of opportunity for dairy farmers: finance, environment and people management. We talk to three farmers about how each is focusing on one of these areas.

Northland dairy farmer Will Tye and his wife Marianne have owned and run a 250-hectare (ha) dairy farm at Awanui, near Kaitaia, since 2015. Will’s been managing their farm finances since around 2013, checking in with his accountant at the end of each season.

“I use [software packages] ‘Xero’ and ‘Figured’,” says Will. “We’re also planning to use DairyBase more in the next few years to compare ourselves with top performers around our area.” 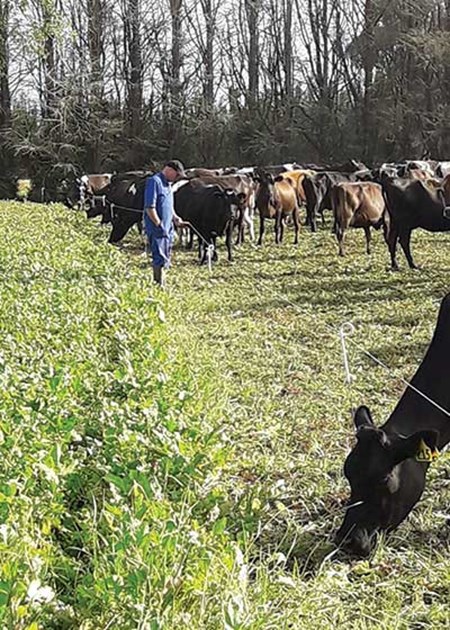 Front-footing their finances means Will Tye and his wife Marianne can be proactive around unexpected change.

Cashflow figures help the Tyes to predict what their financial situation’s going to be and to manage their overdraft more effectively.

“We know how much profit we’ve got for the end of the season and that tells us how much development or debt repayment we can do on the farm,” says Will. “I also report bi-monthly every GST period to the bank. Our goal there is to be a customer that our bank wants to have. Showing them we’re financially in control of our business really helps with that.”

It also means the couple can be proactive around unexpected change.

“When the milk payout went down twice earlier this year, it put us from having a surplus and doing quite a lot of development, to having a zero bank balance and doing very little development. If we had pushed forward and spent that money on development, we’d have put ourselves well into overdraft – that’s the power good financial management can give you.”

A cluster of goals

Will and Marianne attended a DairyNZ ‘Mark and Measure’ event several years ago and are aiming to go to another one later this year.

“It showed us the importance of goal setting, making goals together as husband and wife, not just having a goal but writing it down, and thinking about the ways we’re going to get there.”

“We’ve been in the ‘Far North cluster’ since June 2018. It’s really focused us and we’ve got a lot of benefit out of it, including advice from our mentor farmer, Dave Gray.” Will also talks to other successful farmers locally and beyond.
“We try to tie up with high performers and swap knowledge.”

Will and Marianne’s long-term goals are to buy another farm and have a $3.00 cost structure with a 10 percent return on assets.

“You’ve got to be organised, otherwise you’re not going to be able to grow – you can’t afford to be ‘financially blind’.”

Otago farmer Phil Wilson and his wife Becky own and operate an 800-cow, 213-ha (effective) dairy farm near Oamaru. Inspired by Phil’s father and Becky’s parents, the couple are committed to continually improving their farm’s productivity and environment, “so we and our team can remain proud of it”.

"We are lucky that we took on a farm that was already well-set-up and farmed by previous sharemilkers and Becky's parents."

Phil believes being proactive is the only way to go, so farmers can stay ahead of compliance requirements and protect their property’s environment – and it can be a moneysaver. Public perception of dairying and its reputation is also important, he says.

“We’ve got the Alps to Ocean (A2O) cycle trail running alongside us – so we’ve got plenty of non-farmers looking over our fences.” 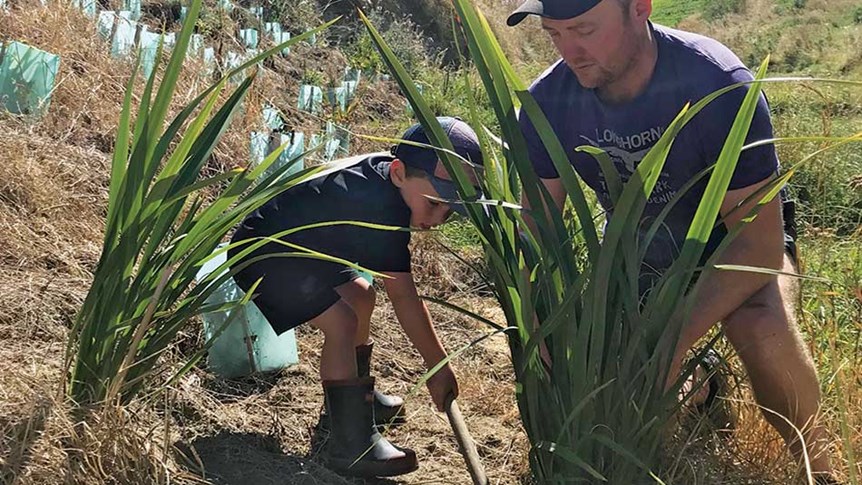 Phil Wilson carries out flax planting around a gully pond on his farm, helped by his elder son Murdoch (4).

Phil uses his own spreadsheets and maintenance schedules to monitor things and keep his efforts on track, plus he welcomes Fonterra’s regular audits. Other tools he uses are Google Docs and weather and soil moisture apps. Phil also keeps an eye on irrigator performance using Irrigation NZ's bucket test (details at dairynz.co.nz/bucket-test).

Phil values advice from consultants, DairyNZ staff, council staff, other farmers and community groups and he attended DairyNZ’s Dairy Environment Leaders’ Forum last year – “that prompted lots of ideas”. He’s also a member of a vet trial group of farmers and a local catchment group that manages the health of nearby Awamoko creek. Recently Phil, Anna Dyer from Fonterra and DairyNZ's Justin Kitto also met to discuss ways to improve drainage around Karaka creek, which is a tributary of the Awamoko.

“To be sustainable, we can’t keep farming the way it was done. It’s baby steps, getting people to understand the effects of farming systems and why compliance is important. We shouldn’t need to be told what to do: it’s up to us as farmers to lead the way.”

Environmental efforts so far carried out by Phil and his team on-farm include:

“Back then, the little things really used to annoy me. I used to bark orders at staff. I didn’t recruit properly either.” 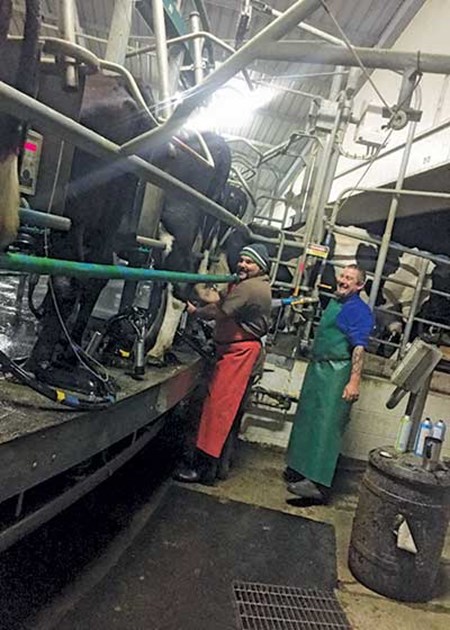 Craig Durbin (right, with Te Aroha farm unit manager, Giovanni Sheath, left): “My biggest motivation is to see staff safe, happy and progressing in their career – that really drives me.”

He also tried to be ‘everybody’s mate’, instead of focusing on being a leader, he says.

At FarmRight, Craig’s goals are to do the right thing as an employer, keep staff health, safety and wellbeing on track, get the right people on board, and support them to grow their skills and dairying careers.

“My motto now is ‘communication is the key to all success’. I make sure I’m around for my staff as much as possible and I listen to them and help them sort out what training they need.

“We have weekly staff meetings and daily management system meetings. I retain staff by recognising what they do – we have a board where we write up who’s done something outstanding. For anything that needs attention, we write up a ‘counter measures sheet’: what the problem is, how we’ll fix it and what date will it be fixed by. I’m also open with my team about my own failings, so they can be open about theirs. Every mistake’s an opportunity.”

“My biggest motivation is to see staff safe, happy and progressing in their career – that really drives me,” says Craig, who asks his staff every day “what would stop us going home safe?”.

He also focuses on his team’s work/life balance, taking them to twilight golf, the races and fishing whenever the chance arises: and they appreciate it.

Although FarmRight use its own internal consultant, DairyNZ consulting officer (CO) Euan lock has also been involved with Craig through discussion groups over the years. Euan describes him as “one of the outstanding staff managers” he’s seen, reaching the finals of the Ministry for Primary Industries’ Good
Employer Awards last year.

“Farmers like Craig are an important part of ensuring dairying’s overall reputation, as well as encouraging more people to see dairying as a great opportunity.”

This article was originally published in Inside Dairy April 2019

Identify the opportunities in your business with a Farm Gauge. No log in required! 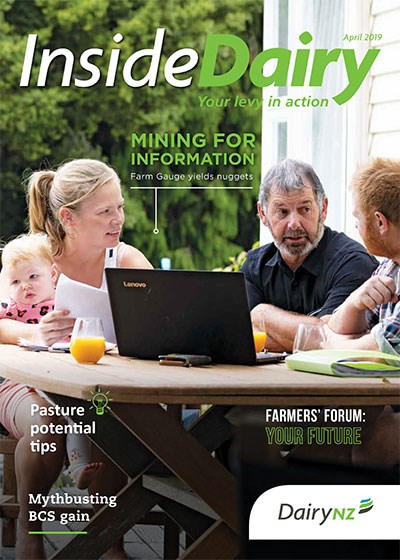