Farmers: our sounding board

Farmers: our sounding board

We talk to four members of DairyNZ regional Dairy Leaders Groups about what they’re achieving, providing a unified voice for dairy.

The Waikato Dairy Leaders Group (DLG) was set up in 2012. It's since worked hard on retaining key elements in Waikato Regional Council’s Healthy Rivers Plan Change 1 (PC1) as part of the plan process.

Pukeatua dairy, beef and arable farmer Chris Lewis was Federated Farmers' ('Feds') Waikato president when he joined the DLG back then (he's now Feds' national board dairy chair, and has recently stepped down from the DLG). 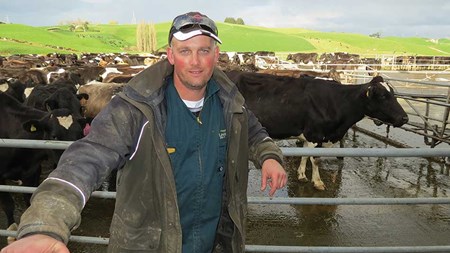 “The DLG's ‘team dairy’ strategy has seen DairyNZ doing a lot of farmer liaison, research and providing a support role alongside Federated Farmers and the dairy companies. Plan Change 1 needed to be well-suited to benefit dairy farmers, but they also had to improve and adopt better farming practices while maintaining a profitable business.”

The group guided how each member organisation worked with farmers. For instance, DairyNZ worked hard during the development of PC1 to bring in farmer viewpoints on the plan and its likely effects. DairyNZ also helped farmers to write and present their individual submissions. DairyNZ also made its own submission and put up science, economics and policy evidence. Chris believes that farmers using a DLG as a sounding board is just the start of making sure their voices are heard in the sector.

“A DLG is one of many places DairyNZ can get feedback, but it’s also just as valuable for farmers to directly contact DairyNZ. It’s very important to stay in contact with all sector organisations.

“At the end of the day, DairyNZ can’t do this by themselves. It requires all 12,000 farmers to make an effort and achieve these goals.” 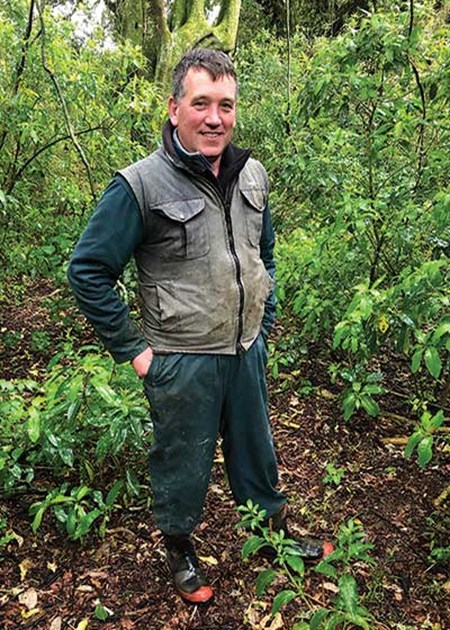 James Stewart sees Horizons’ DLG as a bridge that connects organisations with each other and with farmers.

He sees the DLG as a bridge that connects organisations with each other and with farmers.

“The people in the group all have influence and experience. They’re passionate about dairying, with good connections both to the land and to similar networks.

“Our main focus has been Horizons’ environmental One Plan. We’ve provided industry leadership, co-ordination and governance oversight in a very challenging business environment. We’re also steering the strategic direction of the Tararua Plantain Project (see dairynz.co.nz/tararua), and having discussions around Mycoplasma bovis and Zero Carbon too.

“It’s been really valuable for us to use resources from DairyNZ, Federated Farmers, Fonterra and Open Country, with people in our group linked up to those organisations and into local council as well. To have information from the likes of DairyNZ and others is really crucial to make sure our message is backed up.

“Ultimately, our work is farmer-led, which gives some authenticity around it. You’ve got to have people on the ground in each region who are living, breathing and really connecting with what’s happening. I think that’s the strength of these Dairy Leaders Groups.”

Canterbury dairy farmer Cam Henderson is Federated Farmers’ North Canterbury provincial president. He grew up on a Waikato dairy farm and has had roles with Fonterra and DairyNZ. 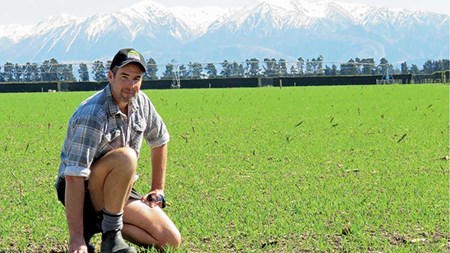 The Canterbury DLG’s work with organisations means everyone operates as ‘team dairy’ rather than as individual groups, says Cam Henderson (photo: Farmers Weekly).

“We’ve got a good mix of farmers and technical people as well as representatives from the dairy companies, operating as ‘team dairy’. That’s a positive thing that’s enabled the group’s feedback to be very influential and valued at various levels – it’s not just being paid lip service.”

Providing a sounding board to DairyNZ has also helped the DLG to ensure farmers' views on policy and advocacy issues are heard at every level. “Farmer input helps us to get the greatest return from DairyNZ’s efforts.”

“As farmers, we live in the rural communities, we work the land, we swim in the rivers, we drink the water, we fish and hunt. We’ve got as many emotional ties to the land and the water as anybody and I think that gives us a great incentive to try and improve things.”

Mark Robinson, Fonterra’s head of Farm Source (Otago and Southland), talked to DairyNZ chief executive Tim Mackle about DLGs three years ago, and joined the Southland DLG when it formed in 2018. 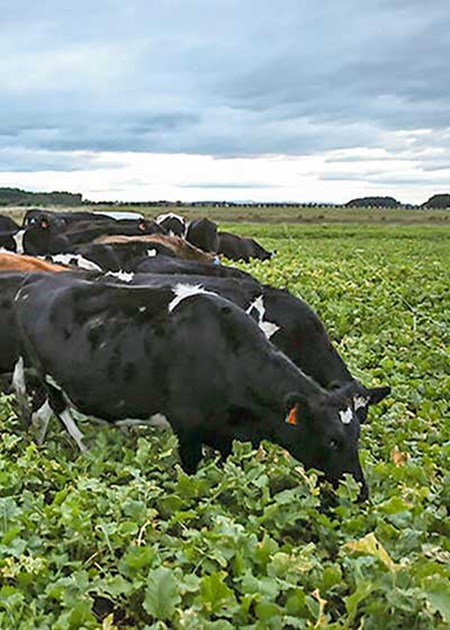 “The group’s functioning really well. It’s open and transparent, with the best interests of farmers at its core. We’re looking at local solutions for local issues – using local people to optimise local opportunities. Encouraging strong farmer representation into our DLG is also critical, to have that ‘farmer voice’ within groups like this.”

Mark says the wintering expertise DairyNZ has brought to the table will help to ensure good management practice information is consistently communicated to all dairy farmers in the region. The group’s also promoting the value of and linkages between the region’s water catchment groups.

“Another area of focus is farmer wellbeing. We’ve made a callout to all sector groups in the region, and professionals too, to make sure we’re identifying and acknowledging that times are tough for farmers.”

Acknowledging farmers’ environment efforts is another goal for the group, says Mark.

“The public only sees the minority that don’t get things right, yet the vast majority of dairy farmers do implement good dairy practices.

“I’d like people to ask farmers what they have done, not what they aren’t doing. The land and the stewardship of it are so important to dairy farmers and they really do care about it.”

The vision of the Dairy Environment Leaders programme is stewardship for the future and to develop leaders in responsible dairying.