Healthy Hoof App - what we know so far...

Healthy Hoof App - what we know so far...

Since its release, the Healthy Hoof app for recording lameness in cows has captured over 12,000 records from farms throughout NZ. 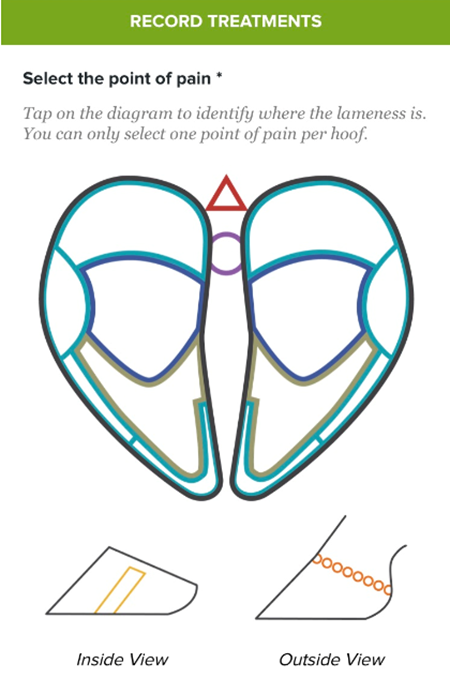 The app was developed and launched by DairyNZ in 2018 after a survey of farmers and rural professionals highlighted confusion in the industry around the types of lameness occurring on-farm. There were also limited tools to allow accurate recording of all lame cows.

The HH app makes it easy to flag, score, record and monitor lame cows. Early identification and prompt treatment gives lame cows the best chance to recover and helps reduce the chance of them getting lame again. 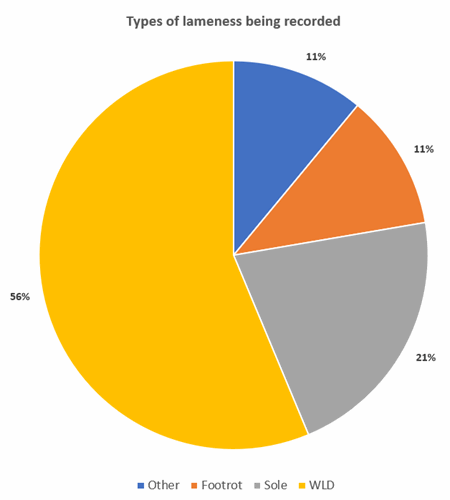 The app takes the hard work out of deciding what type of lameness the cow has by getting the user to select the location on the hoof where the cow feels pain (Figure 1).

The app then determines the type of lameness the cow has based on this location.

The most common types of lameness being recorded are white line disease (WLD) and sole lesions (Figure 2).

The app also allows you to lameness score your herd.  A great way to ensure lame cows are identified early. 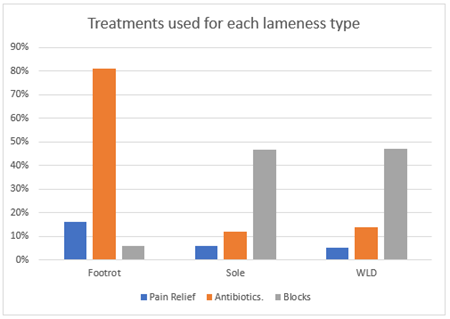 The app collects information about how the lameness is treated. It is encouraging to see that antibiotic usage for sole and WLD is low, and that blocks are being used in nearly 50 percent of sole and WLD cases (Figure 3).

However the use of pain relief is still low (Figure 3), and it would be good to see this used in more cases as we know that lameness resolves quicker when pain relief is used.

The app also provides a range of reports, including current lame cows, incidence, lameness type, recurring cows and lameness scoring which will help you monitor lameness on-farm over time.

If you haven’t used the app – download it and give it a go here.

The Healthy Hoof app takes the hassle out of recording your lame cows.