Find out about what some dairy farmers are doing to protect their farm and catchment environments. Many are involved in environmentally-focused groups and also work to educate the wider community about environmental sustainability on farms and elsewhere. 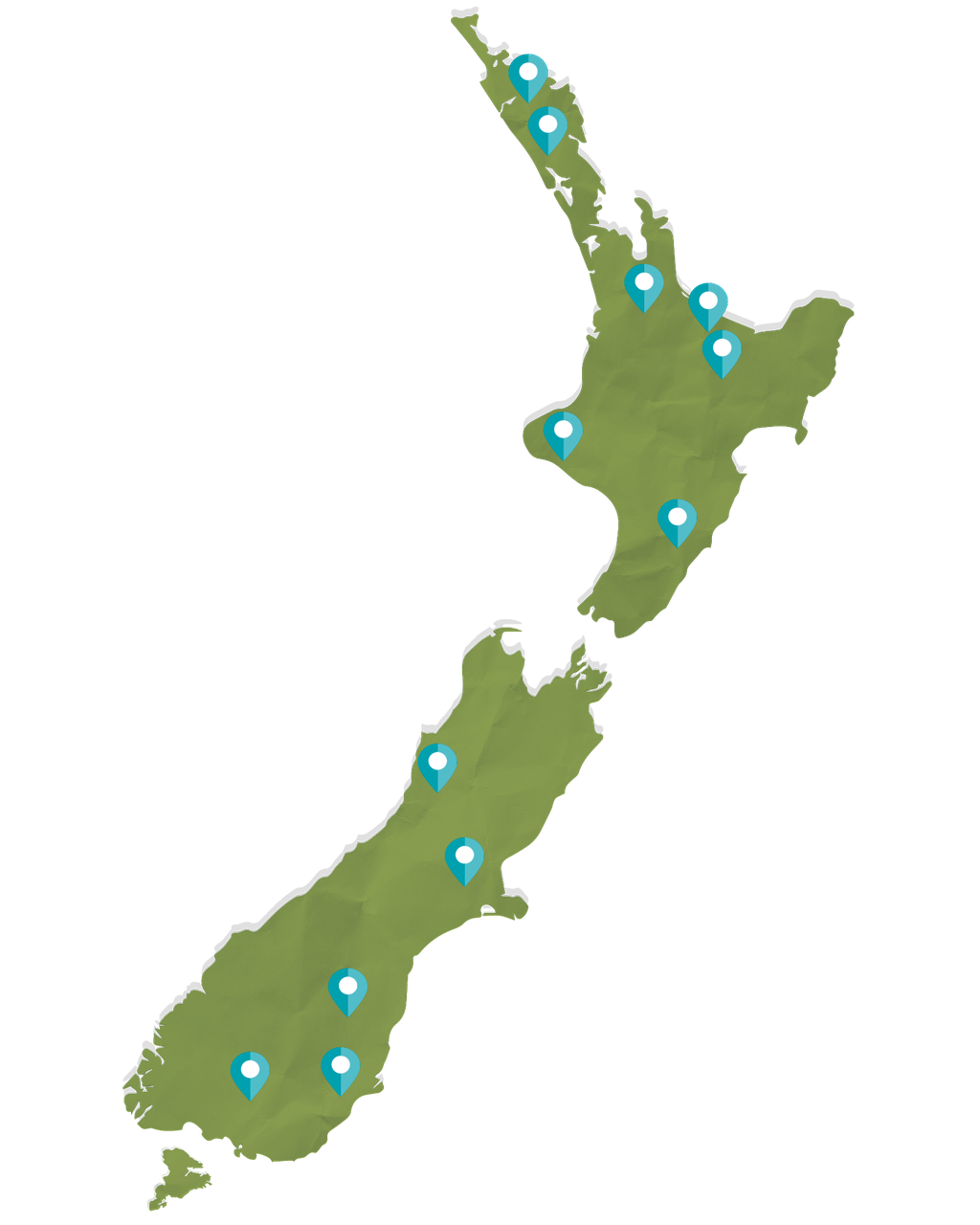 Click on the map locations for a snapshot of what farmers are doing around the regions and read more in the article below.

All the trappings of success in Northland

Jane Hutchings (pictured) and husband Roger have 135 predator traps on their farm. Overlooking the Bay of Islands at 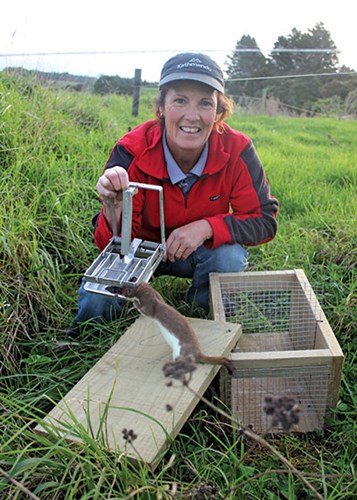 Okaihau is Lodore farm, where Jane and Roger Hutchings milk 700 predominantly Ayrshire cows on rolling to flat volcanic soils. The 349ha property (270ha effective) has one of Northland’s top 150 wetlands and mature to regenerating bush.

The Hutchings have long been environmental champions, winning the Supreme Northland Ballance Farm Environment Award in 2014. Their biodiversity planning includes bush and waterway fencing, as well as weed and pest management.

The farm has four large waterfalls surrounded by native stands of kauri, rimu, totara, kahikatea and puriri. The farm is home to a healthy population of North Island brown kiwi and Jane runs a pest-trapping programme to protect the birds and bush.

Once a year they do a kiwi calling census, which involves spending two hours a night over four nights jotting down the male or female calls, compass bearing and distance. From this they gauge how many kiwi live in the area – current estimates are more than 30 birds.

Sustainable energy has been another focus for the Hutchings and they have invested in a 90-panel 22 kilowatt solar system on the dairy shed roof which reduces electricity use and feeds power into the grid when demand is low.

The farm is part of the Puketotara Landcare Group, comprising 2000ha of surrounding farms, bush, streams and lifestyle blocks with the aim of allowing native bird species to survive and thrive through weed and pest control. This has resulted in a considerable drop in the numbers of pests and an increase in bird life and canopy cover in protected bush areas.

Reaping what they sow in Manawatu

Dannevirke farmers Paul and Lisa Charmley are enthusiastic when it comes to pursuing sustainable farming practices. 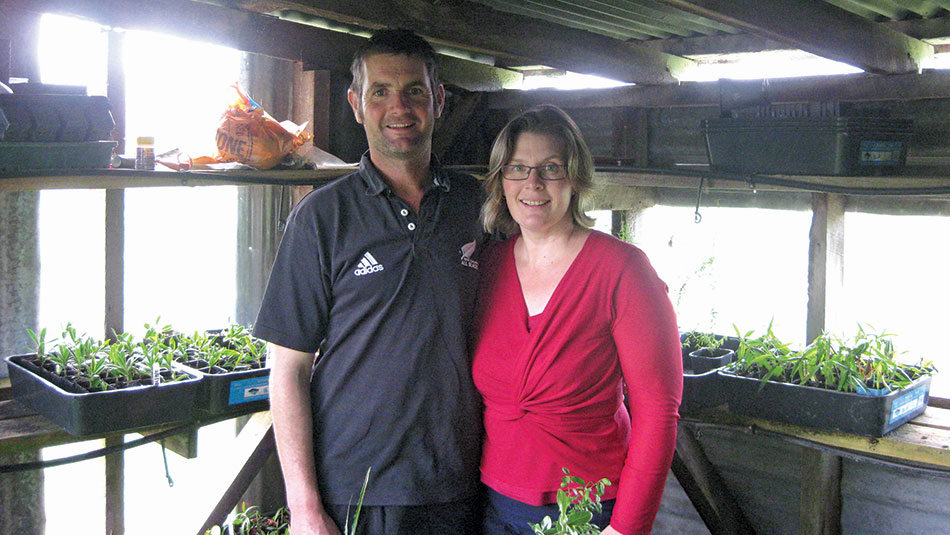 Paul and Lisa Charmley surrounded by seedlings in their native plant nursery.

Their 108ha farm, where they milk 300 cows once a day, is at Te Rehunga, close to the Ruahine Ranges. In 2017 they won two awards in the Horizons Ballance Farm Environment Awards but it was an entry in the 2015 awards that got them started on enhancing and protecting the environment.

“The judges’ feedback has really shaped our farming operation,” says Lisa. “We would never have thought to plant out a piece of ‘wasteland’ and their encouragement was amazing. To see our property through the judges’ eyes was so valuable.”

After the judging, the Charmleys began planting natives along seven kilometres of fenced-off streams on the farm. This led them to start their own native plant nursery which now has up to 1500 seedlings and cuttings for planting alongside their streams. Since 2015, they have planted 3000 plants which will mature by 2025.

The Charmleys are also working with the Ruahine School which has QEII National Trust land beside the school field. Lisa is on the fundraising committee and is showing the children how to pot native plants for an annual fundraising sale. Lisa quotes a Chinese proverb: “The best time to plant a tree is 20 years ago; the next best time is now.”

Busy bees in the Waikato 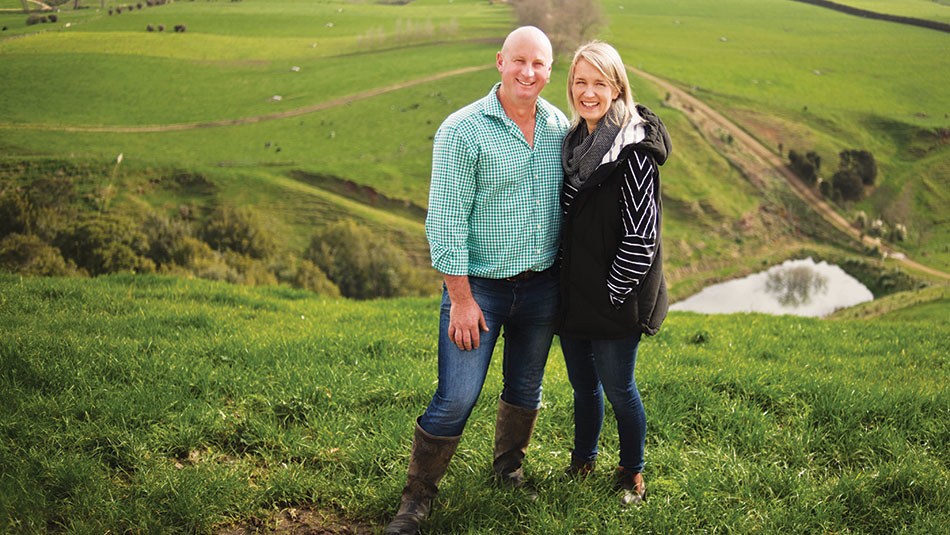 John Hayward and Susan O’Regan will be presenting a workshop titled ‘Taking control of the environmental challenge’ on day two (May 9) of the Farmers’ Forum in Hamilton this month.

Over the last few years John and Susan have worked with Waikato Regional Council to develop an environmental programme. They have built dams to capture sediment from an 80ha hill block, planted 30,000 natives, fenced wetland areas to exclude stock, planted native wetland species, retired 13ha of marginal land and established a high potency manuka plantation in a joint venture with Comvita.

A green flood wash system and a weeping wall have been established on the feed pad to enable solids to be used preplanting on maize blocks. Effluent rain guns fertilise the dairy unit and digital monitoring measures water consumption, soil temperature, soil moisture and rainfall on the farm. 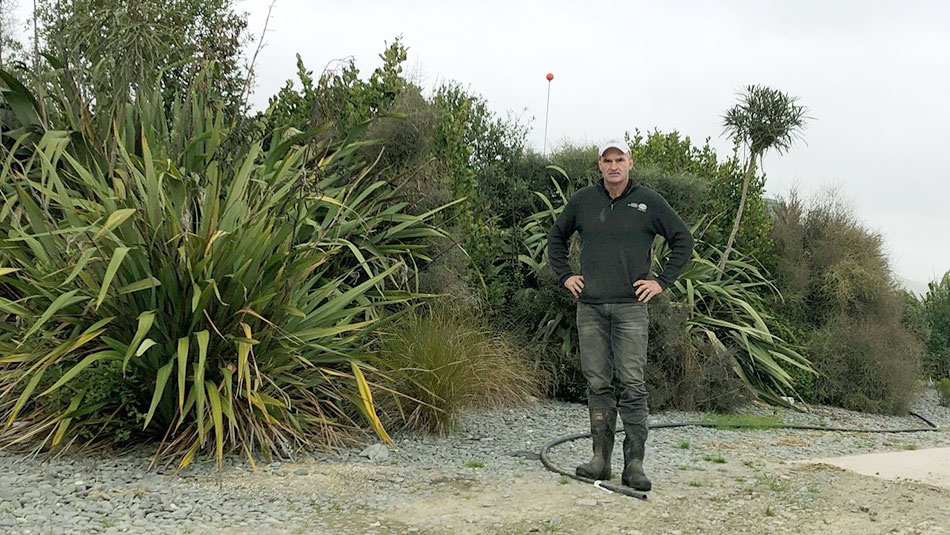 Owned by family for more than 100 years, John’s 330ha home farm has been gradually planted over many years and is now home to more than 40ha pine and native trees, and they have put 5ha of native bush into the QEII National Trust. After its purchase 10 years ago, the second farm was converted from sheep and beef and its waterways fully riparian planted.

“The home farm also has about five hectares of wetland. We have learnt more about the environmental potential of wetlands to improve water quality and enhance the biodiversity values of the area in the last few years, and have fenced and planted them all with flaxes and native grasses. Totara have also been planted on farm,” says John.

The Gregans grow and feed fodder beet and lucerne, which is a great crop for dry areas and nitrogen fixation. The business’s sustainability practices have led to increased bird life, streams flowing with more water, greater shade for the herd and the farm’s surroundings are more aesthetically-pleasing to the eye.

Anne-Marie Wells and husband Duncan farm in Outram, Dunedin, where they use technology and the odd gadget to benefit the environment.

The 210ha, system four farm is home to 620 cows where Anne-Marie and Duncan have established a reliable, low impact and future-proofed farm system.

“Duncan has developed quite a few farm innovations,” says Anne-Marie. “He is an ex-electrician so he still likes to delve into that sort of thing.” 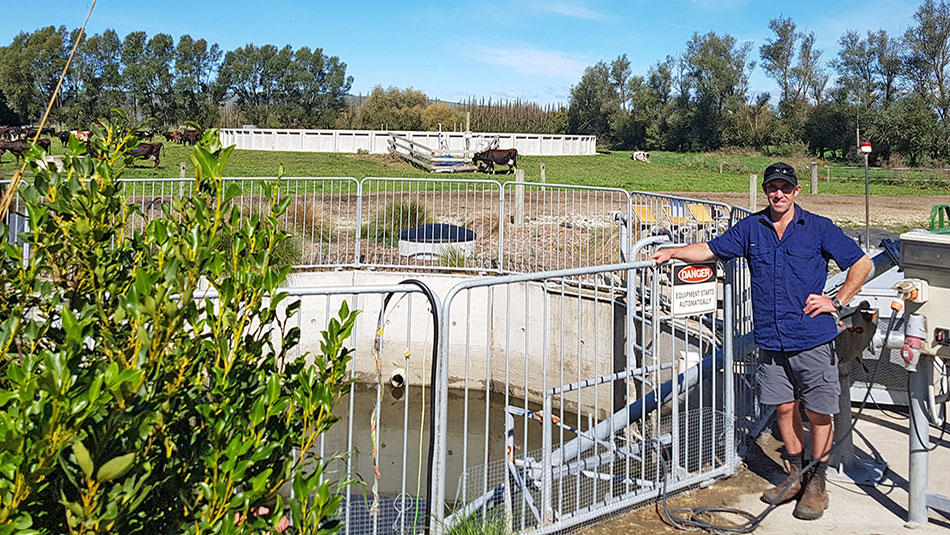 Duncan Wells' farm innovations include a traffic light system on the effluent pond.

When the dairy shed was built, Duncan and Anne-Marie invested heavily in a one million cubic metre storage pond and an impact pond system from the milking shed, which reduces solids and improves the effluent quality.

“One of Duncan’s gadgets includes an automated traffic light system on the pond – green is all good, amber needs action and so on. You can see at a glance where we are at with it,” says Anne-Marie.

Safety stops on the irrigators also mean the pump will cut out if there are any issues. “We have invested heavily in infrastructure to make sure we are compliant and have a fail-proof system.”

Other technology improves water efficiency – by ensuring the right volume is being used to cool milk. The farm’s effluent block has been extended to 50ha and fertiliser is only applied to paddocks identified by a soil test.

“We’re open to new ideas, technologies and systems that could help us and the environment. As farmers, we have to do everything we can to reduce our footprint.”

Coastal Southland farmers Ewen and Diane Mathieson’s whole farm business is centred around growing the sustainability of their diverse farm.

The 900-cow farm is fully self-contained and the Mathiesons also run young stock, calves and (on 25ha of steeper land) a flock of lambs. Ewen’s farm set-up means carefully managing effluent application – with the whole milking platform now consented for effluent application, including application of liquid effluent to 160ha and solids from a weeping wall spread over 35ha.

Solar panels were installed on the farm’s dairy shed, a 54-bail rotary, and have paid for themselves in three years. “It’s been a smart way of future-proofing the business against increased electricity costs and greenhouse gas emission costs.

“Our nutrient budgets also get some pretty close scrutiny as to what we’re applying and we have a real focus on maintaining good practice in its application. Every year we soil test half the farm," says Ewen.

“One thing that I have realised is the value of effluent as a fertiliser, in saving money and benefiting animal health.”

Winter grazing practices are also vital, including establishing buffer zones in paddocks at sowing; standing cows off on feed pads to manage for the high rainfall; and by following good grazing practice (such as grazing from the top of slopes down and multiple shifts during the day).

In recent years Ewen has taken his interest in environmental management off-farm through the local Pourakino Catchment Group, as a Dairy Environment Leader and as a member of Southland’s DLAG (Dairy Leaders Advisory Group). 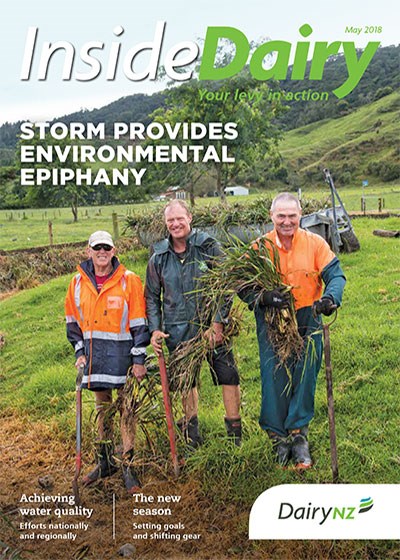