Winter can be a challenging time for farmers. Rainfall and cold weather events inevitably make things wet underfoot and managing those conditions is particularly challenging for farms whose paddocks are home to animals. 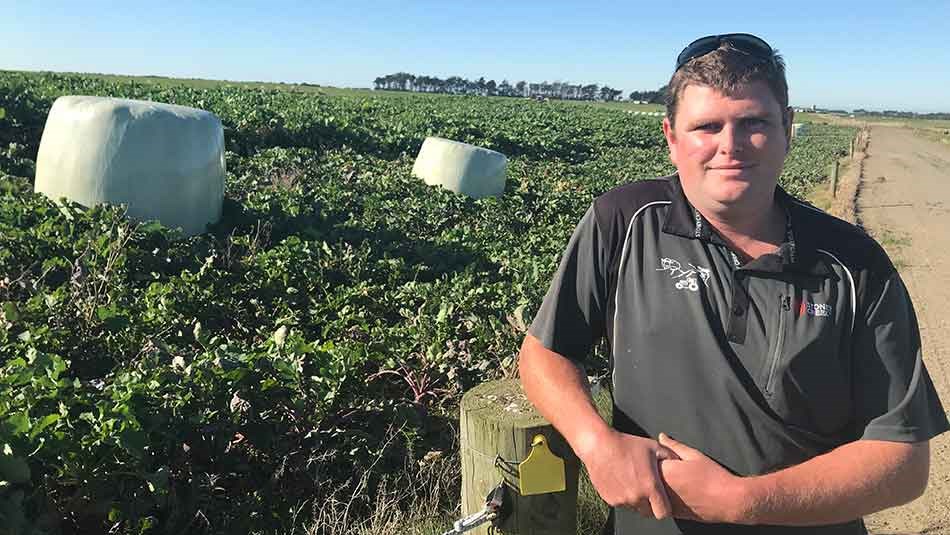 Caring for dairy cows and managing mud in winter is a top priority for all farmers grazing cows during winter. Industry good body DairyNZ spoke with two Southland dairy farmers about how they look after their cows and the environment.

As Otaitai Bush dairy farmer Luke Templeton checks on some of his cows, he takes time to give a few of his favourites a scratch and grub the odd weed.

Like most dairy farmers, he takes great pride in having his cows and his farm looking good. 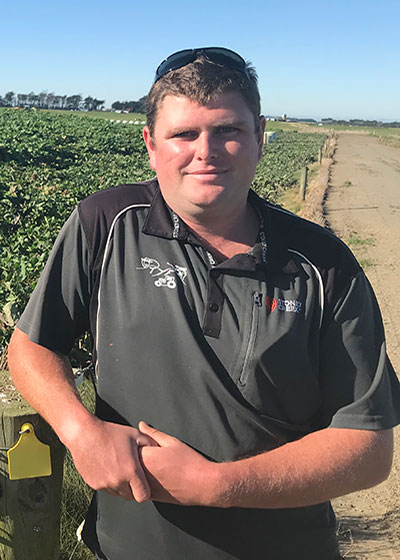 However, at times, wet and cold conditions in winter can make this a challenge.

But Luke and other farmers are prepared. They’ve spent the last 12 to 18 months growing extra feed and planning how best to manage their paddocks in a way that looks after their cows and the environment.

“We always hope for the best, but plan for the worst,” says Luke.

Like the majority of dairy farmers in Southland, Luke uses crops, such as kale, swedes and turnips, to keep his cows in tip-top condition when grass growth becomes almost non-existent. Another popular crop is fodder beet.

About two-thirds of Luke’s herd will be fed kale, swedes and turnips, along with some baleage to ensure a balanced diet. The remainder, mostly cows due to calve early, will graze on “really dry paddocks” and their diet consists largely of baleage.

Despite the benefits of feeding crops, it’s not without its challenges. Once the crops are eaten, the soil is left bare and at risk of turning into mud in wet conditions, if not managed carefully.

Like many farmers, Luke hates seeing cows in mud and does everything he can to keep it to a minimum.

He says farmers use a range of practices to reduce mud to ensure their cows can move freely, have a dry surface to lie down and limit the impact on the environment.

Practices include using back fencing, portable troughs and providing additional feed, such as hay and baleage, and moving the break fence up to three times a day.

“I find feeding five percent extra means the cows are much more satisfied, lie down more and are more relaxed. We’re always focused on trying to make them as comfortable as possible.”

Luke also grazes his cows in small mobs of about 100 to 150 cows to minimise damage to paddocks and make it easier to check their condition.

“A big part of my winter is monitoring the cows, making sure they’re satisfied. If I can walk between them and they don’t all chase me honking and hollering, then that’s a good indication that they’re full and content.”

Down the road at Ewen Mathieson’s farm, it’s clear driving up the crop-lined driveway, with baleage strategically dotted every couple of metres, he’s also ready for winter.

Ewen winters a diverse range of animals on-farm, including 910 cows, 250 calves, a handful of sheep and even some goats. 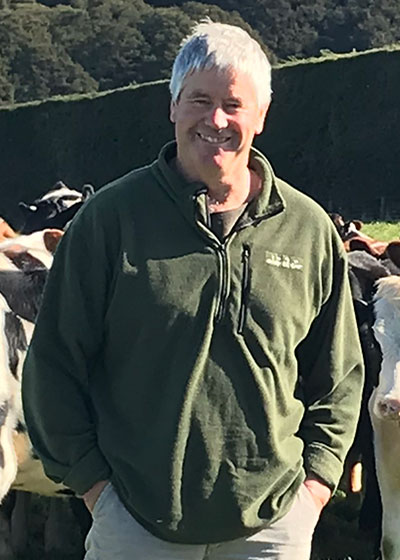 He winters all his animals on the farm and produces all his own feed. He feeds the cows fodder beet, kale and swedes, and supplements with baleage.

He says dairy farmers put a lot of planning into preparing for winter, selecting which crops to sow and paddocks that are most suitable, then cultivating and placing out supplement such as baleage.

Part of this process involves leaving grass buffers near critical source areas (low-lying areas where water can pool or flow after heavy rain) and waterways, and determining the best direction to graze paddocks to prevent nutrient run-off and top soil loss.

“We do our best to limit soil damage as much as we possibly can by regularly moving the break fence, back fencing, using portable troughs and supplying extra feed,” says Ewen.

“We feed a lot of supplement, up to 4kg of baleage, straw or hay per cow, in addition to the crop. This helps with active rumen function, keeping our cows warm and content, which means they’re less likely to be walking backwards and forwards making mud.”

He says regularly moving the break fence provides a good opportunity to closely monitor his cows and the amount of time they spend lying down is a good indicator they’re content.

“There’s nothing more rewarding or enjoyable than watching cows lying down chewing their cud. That’s when they’re most relaxed and content,” says Ewen.

“That’s why we closely monitor lying times to gauge if they’re comfortable and that there isn’t too much mud, as they don’t like to lie down on a surface that is too wet.

“At the end of the day how our animals perform is critical to our farm wellbeing. We love to see happy contented animals, and that’s what we’re trying to achieve, no matter what season it is.”

Keen to find out more? Watch the video below of Luke and Ewen explaining more about what they do on farm during winter.

About wintering on dairy farms

What is wintering?
Grazing animals on winter crops is a practice many farmers adopt to help keep their herds in good condition while pasture growth is low.

Who does it?
Cows and other animals, including sheep and deer, are often wintered on crops – particularly in the South Island and in some areas of the North Island.

What crops are fed?
Common crops fed as part of a wintering plan include kale, fodder beet and swedes. The crops are supported by supplements such as baleage, silage and hay. Cows are gradually introduced to a crop and are fed on it during the key winter months.

Why does good management matter?
There are three components to successful wintering – selecting the right paddocks, establishing crops and grazing management. Grazing cows on the crop involves gradually break feeding the crop, using portable water troughs to prevent cows going back into already grazed areas and managing grazing so nutrient runoff into the environment is prevented.

Wintering cows on crops is a good way to maintain body condition. There are many factors to consider when selecting paddocks, establishing crops and grazing the crop.

Winter management is about setting pasture up for spring and protecting pastures from pugging.
Thank you for submitting your opinion
Sorry, we could not process your request at this time. Please try again later.