Mastitis in New Zealand dairy cattle is our sector’s most common (and costly) disease. “Cows with healthy udders have less mastitis, produce more and are easier to milk,” says Steve. "Maintaining good teat skin condition is essential to reduce the chance of bacteria multiplying on the teats and getting into the udder. In addition, adopting good milking routines will help reduce the mastitis risk from teat end damage caused by over-milking." 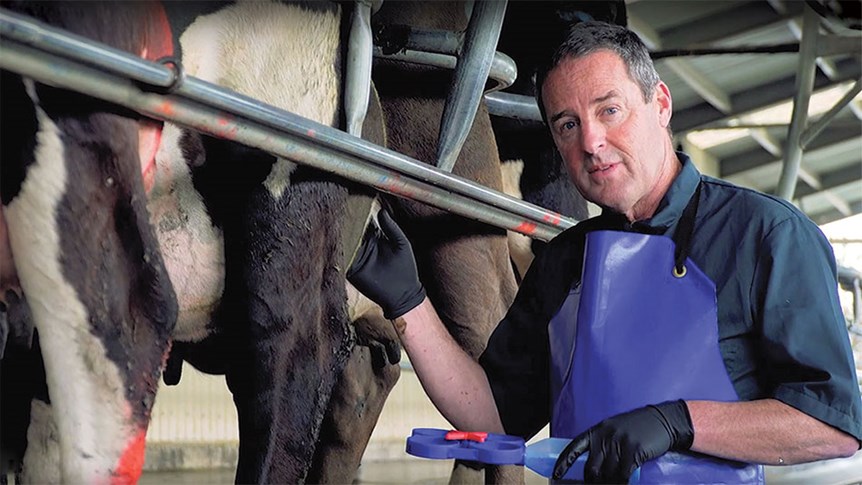 MaxT (maximum milking time) is a strategy which defers residual milk to the next milking, where it can be harvested more efficiently. Cows are milked to a pre-determined end-point – either to a fixed time point, or to a set milk flow rate threshold, whichever comes first. Using the fixed time point, the idea is to estimate when about 80 percent of cows would have completed milking and remove the cup clusters from the remaining 20 percent.

Research shows the implementation of MaxT can increase the number of cows milked each hour in many New Zealand dairies, with no loss of milk yield and no increase in mastitis or somatic cell count (SCC). MaxT’s principles are based on harnessing basic cow physiology.

How the udder works

Milk is held in two compartments of the udder: the cistern (a bag above the teat) holds around 20 percent of the milk, and the alveoli (the udder tissue cells where the milk is made) holds the remaining 80 percent. When clusters are attached, the milk harvested in the first few minutes is from the cistern; then the milk ejection or let-down reflex is triggered. This causes the remaining milk to move from the alveoli into the cistern, where the machine can harvest it.

Cows whose clusters are removed early show a greater milk flow rate during the first few minutes of the next milking compared with fully milked-out cows. So, there’s more milk being held in the cistern from the previous milking (residual milk) which can be harvested immediately and more efficiently at the next milking, without waiting for milk let-down. There is no net loss in milk production nor any increase in SCC. 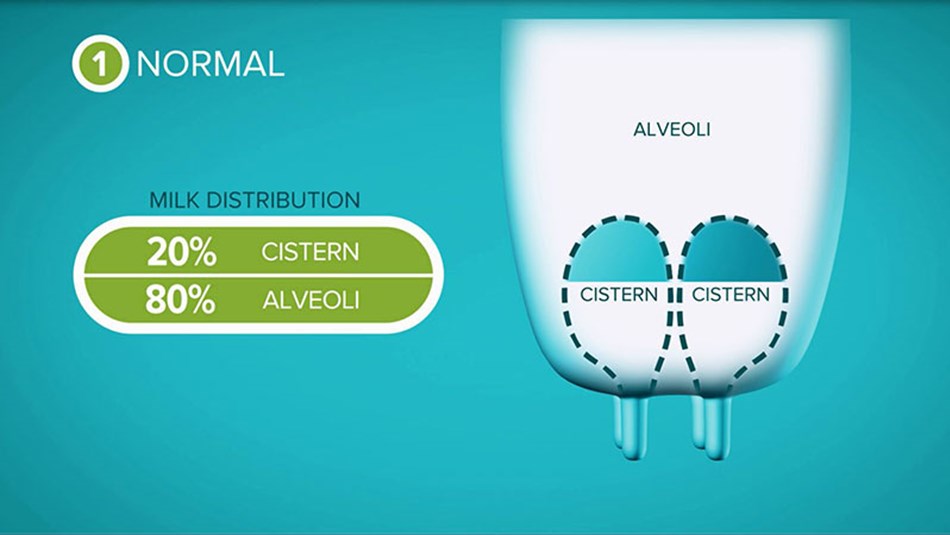 The cow's cistern holds about 20 percent of the milk, while the alveoli holds the remaining 80 percent.

“The latest research shows getting the cups off early reduces mastitis,” says Steve. “Therefore, if the milk in the bowl is down to a dribble, the cups should come off. This can be achieved by setting automatic cup removes (ACRs) to do this. If your ACRs are unable to apply a maximum milking time, try adjusting the low-flow threshold – usually from a default of 0.2 kilograms per minute (kg/minute) or equivalent – to 0.4 kg/minute, to achieve a similar result to the fixed time end-point. In most cases, milkers don’t need to wait for slow-milking cows to ‘milk out’.

“For manual cup removal, it’s essential to get good milking routines in place instead, so cups can be removed as quickly as possible to avoid milking the residual flow.”

In a herringbone dairy, the most important thing is cow flow. Get the cups onto cows at the front gate and change cups and teat-spray as you go (using a ‘leapfrog’ routine if there is more than one person milking). Open the gate early so cows leave the shed while you’re changing the last few cups over. If your routine is shorter than the milking time of the slowest cow, you will be idle or waiting (often the case in dairies with a low cluster-to-operator ratio or around peak lactation times).

“A great tip is to look down the row. If the bowls are all dry, then the cows are being over-milked,” says Steve.

“In rotary sheds without cup removers, don’t let cows go around twice. The platform speed should be as fast as practical, so cows get milked out about three-quarters of the way round – without rushing staff. Once cows reach the exit, out they go.”

Steve says it’s all about efficiency, not cutting corners.

“Effective teat-spraying is critical for mastitis control, so make sure you have a good set-up. If you make changes to milking efficiency, it’s important to keep monitoring teat condition too.”

Things to do in the dairy

Things to do with the herd 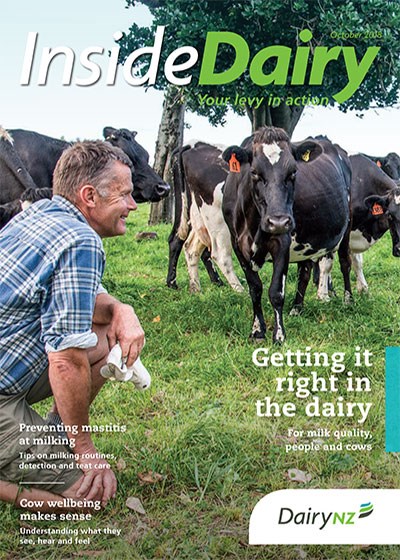