Before mating starts, use your DairyNZ InCalf Fertility Focus Report to review last season’s heat detection performance, form a solid plan and save money this season.

A cow that isn’t on heat when it’s submitted for insemination costs money. It can also be risky if the submitted cow was pregnant from a previous insemination, as another mating could disrupt the pregnancy and cause the cow to lose her calf.

There are two sections of DairyNZ’s InCalf Fertility Focus Report that directly relate to heat detection: ‘pre-mating heats’ and ‘heat detection’. But you can also use ‘3-week submission rate’ and ‘conception rate’ to get an idea of what’s been happening on-farm.

Your report’s ‘heat detection’ figure is a good indicator of heat detection sensitivity on-farm. It includes early calved, mature cows. In theory, as these cows calved early enough and were old enough, they should be cycling. How many of those were picked up in the first three weeks of mating?

A report with a low submission rate, low heat detection but high conception rate could be hinting that heats were missed during mating. It’s saying the cows that were submitted conceived well, but there were plenty of cows that weren’t submitted.

So, what’s going on when your herd has been submitting a lot of cows, but not many of those submitted actually conceived? If your report shows a high submission rate, high heat detection, but low conception rate, that low rate of conception could indicate an issue with ‘invented’ heats (when someone incorrectly determines a cow is on heat).

A likely cause of invented heats is when people strive to achieve the target for submission rates without understanding the big picture. In other situations, staff are incentivised to hit the target, which can lead them to over-report heat detection (intentionally or not).

The graph shown on detailed reports provides a great visual tool for reproductive performance. If the graph is tracking well for the first three weeks, then dropping off (then increasing again once the bulls have been put in), it’s likely there’s been some heat detection fatigue. Conversely, if there’s a drop-off after insemination/artificial breeding (AI/AB) has finished, bull performance might be the issue.

A final point: your Fertility Focus Report can hint at what’s happening on-farm, but it’s best to give the information to your vet and advisers so they can help you create a thorough reproduction plan.

For more information and tools, including our InCalf Fertility Focus Report, see dairynz.co.nz/heatdetection and also dairynz.co.nz/incalf

This article was originally published in Inside Dairy September 2019

This section will help you put a heat detection plan in place to ensure a successful mating period. 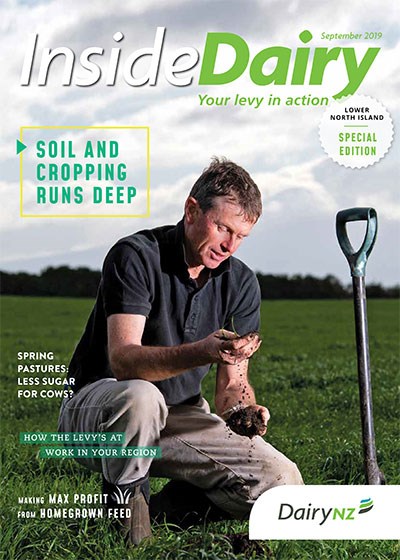 Want some tips for pasture renewal and cropping in your region? Check out our Lower North Island special edition of Inside Dairy September.