When farmers can see the value, practicality and people-benefits of technology, they’re more likely to take it on board. DairyNZ’s Brian Dela Rue summarises our latest farmer survey results which reveal what technologies farmers are using, how that’s changed over time and where to from here. 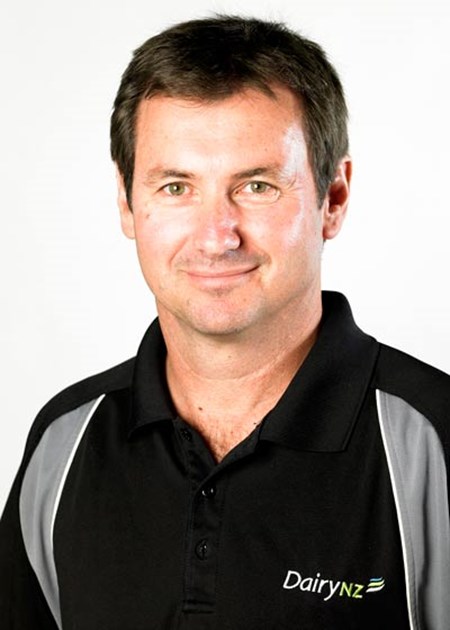 Technology options for farmers have been expanding rapidly and they will only continue to increase. To provide accurate insights into actual technology uptake on-farm, DairyNZ has conducted three five-yearly surveys of 500 farmers: in 2008, 2013 and 2018. Here’s a snapshot of this year’s survey results.

Automation technologies are hitting all the right buttons

Most notable over the last decade is investment in technologies that automate current tasks, making milking easier and more labour-efficient. Some are now well-established, particularly in rotary dairies where nearly 90 percent have at least one of these three technologies: automatic cup removers, automatic drafting, or in-shed feeding. As milking-related tasks alone account for more than 30 hours per week on average, increased labour efficiency reducing hours of work will help attract and retain skilled people.

Compared with herringbone dairies, rotaries were generally newer (17 versus 29 years old), larger (48 versus 28 sets of cups), milked more cows (614 versus 319 cows), had significantly higher throughput (254 versus 157 cows milked per hour) and had more technologies. Labour efficiency was also higher for rotaries, at 161 cows milked/person/hour, compared with 90 for herringbone dairies. Rotary dairies are well suited to milking larger herds and installation of some technologies, but come with a much higher build cost.

Investment in information technologies such as milk meters, stock weighers and detection systems remains low, installed in less than 20 percent of rotary and less than five percent of herringbone dairies. It’s a big ask to develop affordable and accurate sensor-based systems that are robust enough for on-farm use. To have value, data must lead to improved decisions, which often requires data from multiple sensors to be integrated.

The three technologies that herringbone operators were most satisfied with were cup removers, fully automated plant wash systems and teat spraying. For rotary operators, it was in-shed feeding, drafting and cup removers.

What will the next five years bring?

Farmers indicated a continued investment in the commonly-used automation technologies is likely as is a gradual increase in information technologies. We expect that recently-launched innovations for automated pasture measurement as well as new farm-wide low-cost batterypowered sensors and networks to also make an impact in our next five-yearly survey. Overall, the value, practicality and benefits of technology will determine farmers’ enthusiasm for embracing any new technologies on-farm. 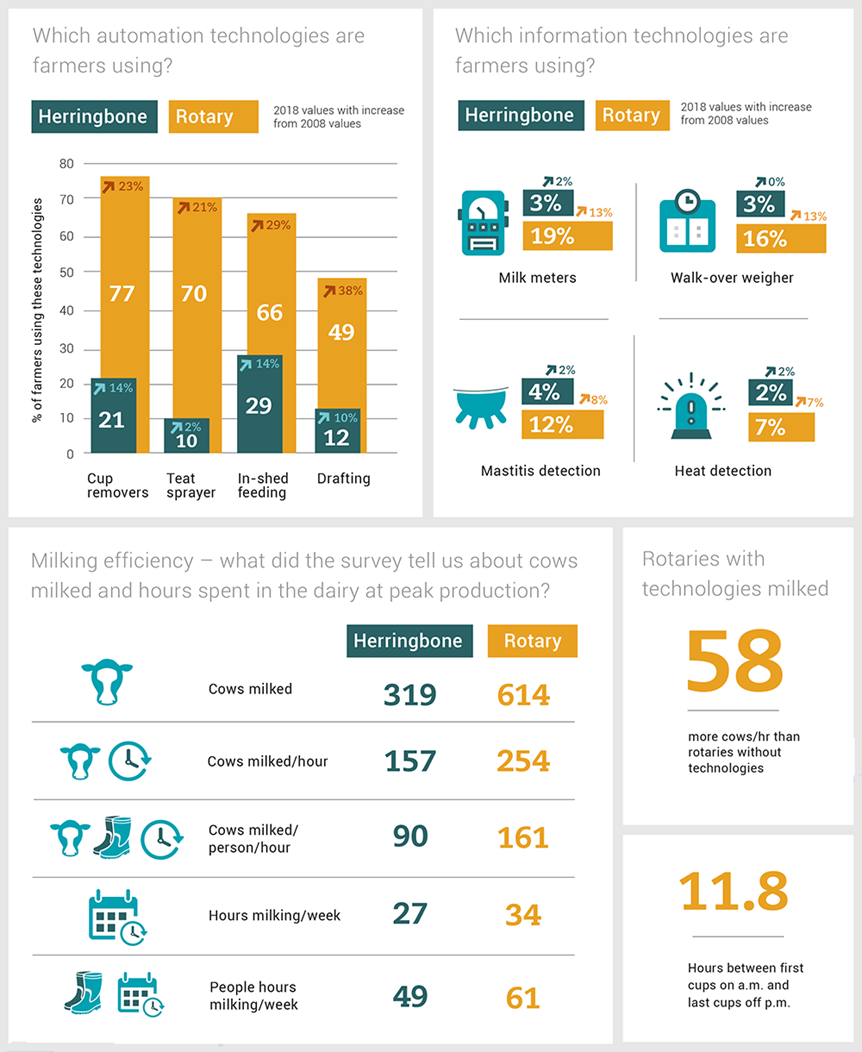 A full summary of the 2018 survey will be available soon in the 'new dairies and technologies’ section of dairynz.co.nz/milking

Considering an update or replacing your dairy? Check out our guides for help with decision-making, example blueprints and info about various technologies. 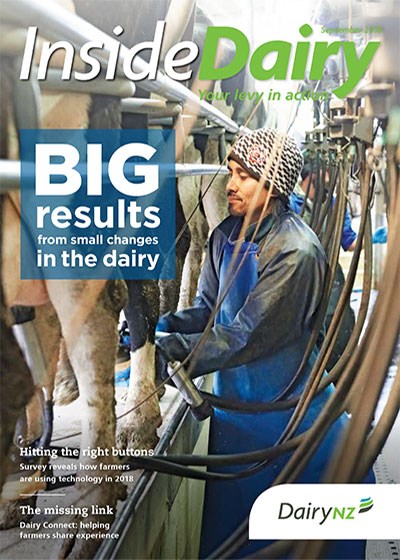