A 2018 Inside Dairy article prompted farm manager, Tom Buckley, to adjust his summer milking schedules at Owl Farm, based at St Peter’s School in the Waikato. Here’s how it went.

Most farmers like a complete break from all things farming at Christmas time. Some though, like Owl Farm’s Tom Buckley, can’t resist getting in a little targeted reading, including an October 2018 article originally published in Inside Dairy.

Partly inspired by the article’s farmer (Manawatu’s Hayley Hoogendyk) and her summer milking schedule changes – and having tried once-a-day (OAD) milking over the 2017/18 summer season – Tom felt it was time to give something else a go. 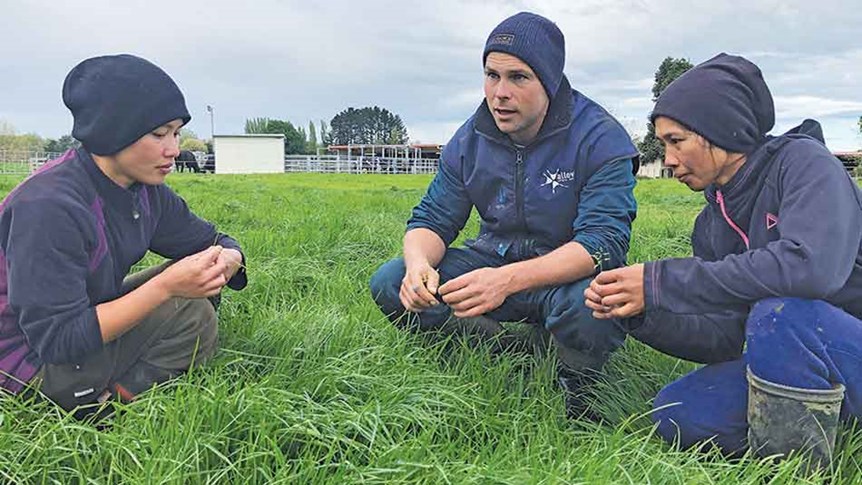 So last summer, Tom’s team switched the herd’s twice-a-day (TAD) milkings to earlier times (4.30 a.m. and 1 p.m.), to shift the cows’ walking and yard time away from the hottest part of the day.

“I don’t ‘speak cow’, but I think they really enjoyed the schedule change. They walked more quickly to and from the shed. One of my team members told me she’s really happy that they don’t have to spend time and energy pushing the cows anymore.

“After each morning milking, the cows were fed ‘easy-to-eat’ feed – silage, palm kernel and turnips. When they returned to the yard at noon, they had an hour under the sprinkler, were milked, then went straight to the pasture paddock.

“That meant they ate all their grass feed in the late afternoon and overnight, in just over 15 hours. This also made grass allocation easier over summer,” says Tom.

Tom says the farm’s production dropped by only 0.1kg MS/cow over a six-week period last summer, compared with dropping 0.2kg MS/ cow over the same six-week period the year before.

“We also gained an extra 12kg MS/cow for the season, even though it was a really hot, dry summer.”

Tom adds that other contributors to maintaining last summer’s milk production included a lot of work done on pasture improvement, a good growing season in spring, and a tight calving pattern helping to increase mating response.

This coming summer, Tom’s team plans to put troughs along the race to improve their cows’ access to water to and from the shed. 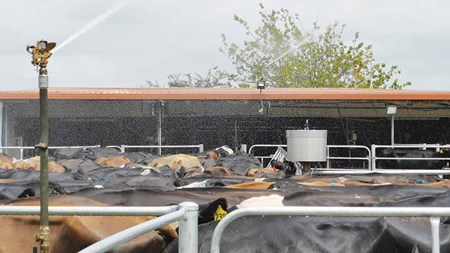 Owl Farm's cows enjoy an hour under the sprinkler before their noon milking.

“There’s a big drive these days for staff and farmers to be home by 5 p.m. and now we’re almost always done by 3 p.m.,” says Tom. “We can either go home, or use that time to do other on-farm jobs.

“It’s great for our people and our cows and means more time with family – that’s especially good over summer school holiday time.

“By doing the same thing year in and year out, you’re never going to get any better. You’ve always got be open to change and accept that if it doesn’t work, try something else.

“I know this works here. So, if we’re seeing some hotter and drier weather and the cows aren’t eating their grass in the morning, I’ll flick straight through into our summer milking schedule.”

Plenty of options for milking times

The time you choose to milk can have a large impact on your cows and people, particularly during the hot summer period. Because cows feel the heat more than we do, if you feel hot in the shed, you can be sure they feel worse.
To read more about OAD milking options click here.

Milking is a key time where people and stock interact. Maximise animal health, minimise injuries to people and cows and get milking running smoothly with good dairy stockmanship.