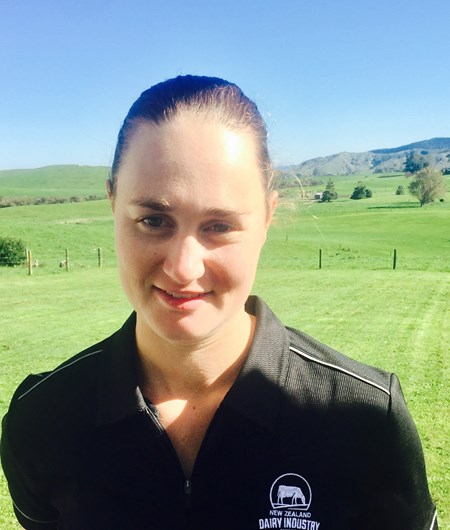 Rachael Foy had no farming background but was attracted to dairying by the opportunities for growth in career, equity and lifestyle goals as well as being part of an industry that contributes significantly to New Zealand’s export sector. She started out with a job on a dairy farm before studying for a Bachelor of Agriculture at Lincoln University to further her knowledge. She received a DairyNZ scholarship for her university study that covered up to $6325 of her fees per year.

Now in her fifth season dairy farming, she has taken on a 400-cow contract milking position. In 2017 she was named the Auckland/Hauraki Dairy farm manager of the year and placed third at the National Finals out of a pool of 11 other regional winners. Rachael says she is grateful for her mentors and past employers.

Rachael’s hard work and talent were recognised with a regional Farm Manager of the Year award.