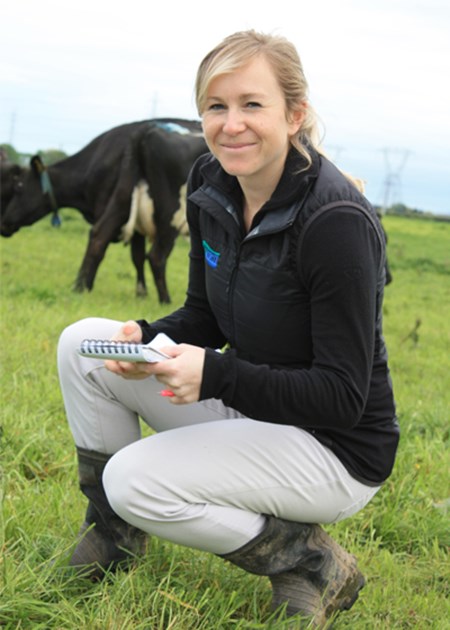 “I love it!” is how Stacey describes her role as a farm consultant with AgFirst in Hamilton. “I get the best of both worlds – spending half my time out on farm with farmers, and the other half in the office analysing information, writing reports and working on industry projects. It is a job with variety. Every day is different and you are constantly learning something new.”

Stacey is a former pupil of St Peter’s School in Cambridge, and was a student at Lincoln University for four years. “The degree I studied and my honours dissertation on the profitability and environmental impact of Waikato System 5 dairy farms gave me options for employment once I graduated. Getting a position with AgFirst as a farm consultant is a real plus because I am in a team with around 10 other experienced consultants who are training and supporting me as I learn what the job entails.”

Stacey initially spent two years in Northland at AgFirst before moving to the Waikato office, where she has been since early 2016. She is now a Dairy Farm Systems Certified Consultant and is in the process of becoming a Certified Nutrient Management Advisor. She has recently taken over clients from one of her bosses, secured a few clients of her own, and is involved in various projects such as Sustainable Milk Plans. “I look forward to an exciting future as a farm consultant, which will hopefully lead me into dairy farm ownership in the long term”.