Dairy Tomorrow is our strategy and roadmap to the future. This was developed by partners representing the dairy sector – DairyNZ, Dairy Women’s Network, Federated Farmers and Dairy Companies Association of New Zealand.

This is what guides DairyNZ’s investment.

Where is the levy spent?

For every dollar of levy investment: Protect and nurture the environment

How are investments monitored?

DairyNZ has independent auditing process in place to ensure:

All dairy farmers who produce milk from cows that is supplied to a dairy company pay a levy. This includes all dairy farmers, sharemilkers, and dairy farm leaseholders. The levy is collected under the terms of the Commodity Levies Act 1990.

For information about schedules for the current financial year please contact info@dairynz.co.nz.

The dairy industry strategy will ensure the future long-term success of dairy farming in New Zealand. 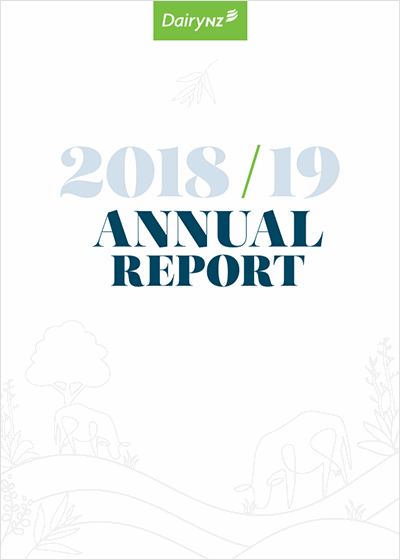 Catch up with what DairyNZ has been doing over the past year. The Annual Report includes highlights from 2018/19, information on DairyNZ's projects, an update on the finances of the organisation and an overview on the year ahead.