DairyNZ has kicked off a potentially game-changing research project to test the benefits of plantain in local pastures.

At the moment, a significant proportion of dairy farms are operating without consent for intensive farming activities. Farmers are faced with reducing nitrogen leaching by an average of 60 percent to meet targets outlined in the Horizons Regional Council One Plan.  It’s a massive challenge, but in a new approach, DairyNZ scientists are working with unconsented farmers in the catchment to help them reduce their farm’s environmental footprint.

DairyNZ catchment engagement leader Adam Duker, working with Horizons Regional Council, Massey University, agronomists, and a six-strong project team, has developed the Tararua Plantain Project – a seven-year plan to test the benefits of plantain on 125 dairy farms in the area. The project began in the 2018-19 season and will run for seven years.

The Tararua Plantain Project capitalizes on research findings from the DairyNZ Forages for Reduced Nitrate Leaching (FRNL) programme which established that New Zealand bred plantain cultivars reduce soil N concentration under cows’ urine patches. This allows plants to take up a greater proportion of N, reducing N leaching (estimated to be between 5 and 30 percent, depending on soil type and the proportion of plantain in the cows’ diet).

Testing the benefits of plantain in local pastures is at the heart of the project. Simultaneous research locally and on research farms recognizes the size and the urgency of the task ahead. Paddock-scale research has begun on six local farms and the findings will be shared with other farmers in the area.

Massey University
Professor Peter Kemp, Soledad Navarrete and David Horne from the School of Agriculture and Environment are carrying out research at a university farm, measuring N leaching from plantain pastures compared with ryegrass pastures. They’re supporting farmers by sharing the results of this research. In turn, Tararua farmers are contributing to the Massey research by evaluating ways to best integrate plantain into their farm systems.

“Without tools like the use of plantain, farmers in much of the Tararua are unlikely to meet the One Plan N-leaching targets and remain viable. The plantain project is important and has the potential to make a significant difference – economically and environmentally.”

Tararua dairy farmers Blair Castles, Mark Diamond and Brad McNaughton are already using plantain in their pastures. As System 2 and System 3 farmers and members of the project’s monitoring group, they’re keen for others to learn from their results. 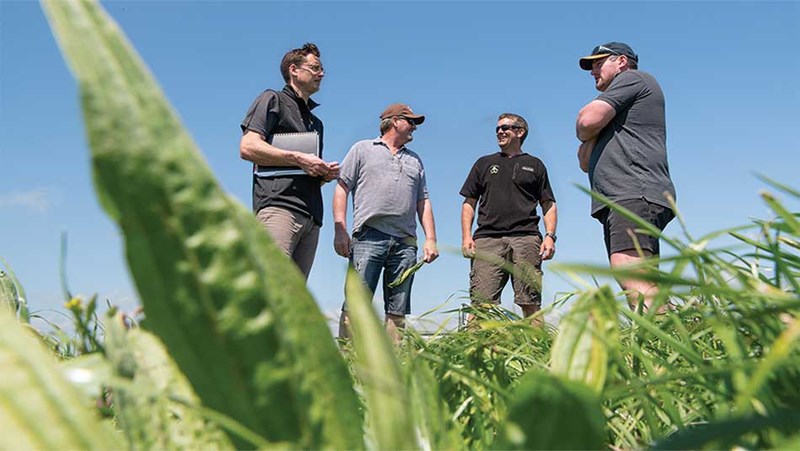 DairyNZ has launched a potentially game-changing research project to test the benefits of plantain in local pastures.

Plantain is highly palatable to animals, establishes rapidly, is pest tolerant and has a high mineral content. 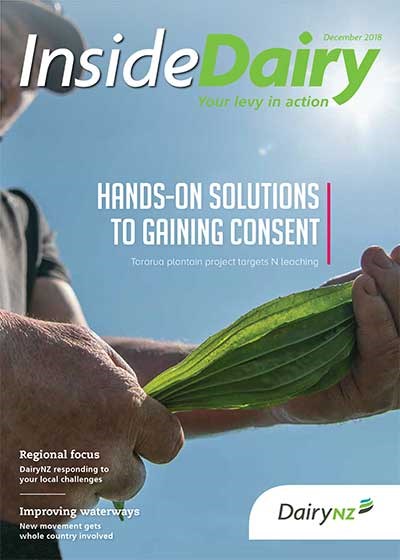