Economic values (EV's) are an estimate of the value of a trait to an NZ dairy farmer. These values are combined with Breeding Values to calculate an animal’s Breeding Worth.

Breeding Worth is the industry index which ranks cows and bulls on their ability to breed profitable and efficient replacement dairy heifers.

How economic values (EV's) are calculated and why they change.

The economic values are applied on a ‘profit per unit’ basis. For example, one additional kg of protein creates $6 of additional profit for a dairy farmer.

Economic values are updated every year to reflect changes in these values, ensuring Breeding Worth remains relevant in an ever-changing market environment. 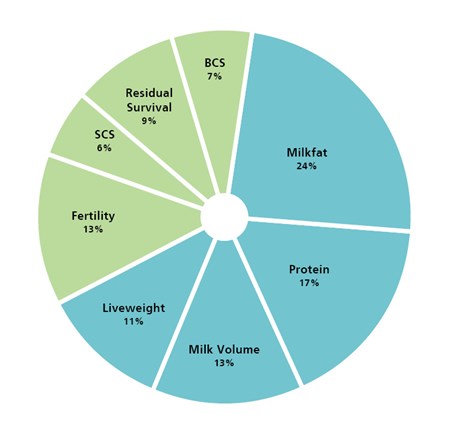 Effective emphasis on the individual traits within Breeding Worth.

The 2020 update to economic values led to an increase in BW for most animals. This BW lift reflects the increased profitability of dairy cows under a stronger milk price. The BW of cows and bulls that rank highly for milk fat production increased the most. Overall, re-ranking among animals and across breeds was minimal.

The table below shows the new economic values.

How this has impacted the BW of AE-enrolled bulls 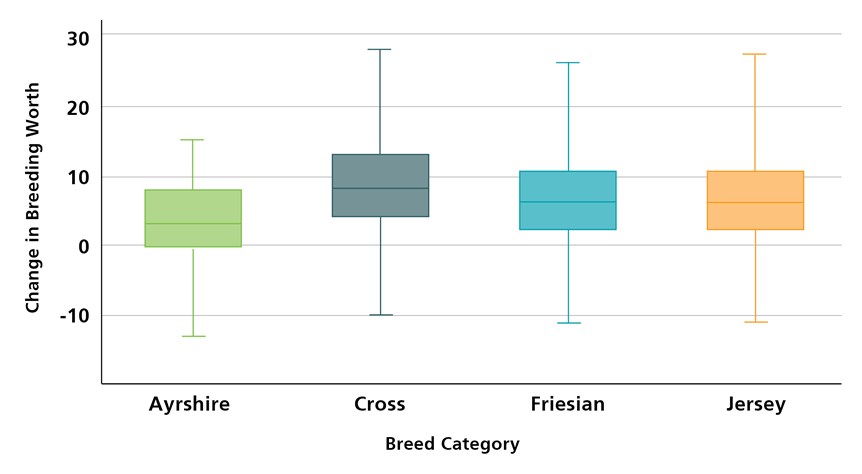 Shift in Breeding Worth for AE enrolled sires.

These are calculated using a five-year rolling average of the milk solids, volume charge and value component ratio.

Liveweight differences in cows can affect their maintenance requirements, feed costs, value as a cull cow and the value of their calves.

Differences in somatic cell count (SCC) can have a significant economic effect.

The economic value for residual survival recognises that animals with better longevity will reduce the requirement for replacement heifers.

The economic value for BCS represents the improved profitability of an animal that can maintain body condition over her lactation.