Having a high number of quality replacement stock gives a greater opportunity to improve herd quality through culling. In deciding which cows to cull, many different factors need to be considered.

A cow which is empty will not produce next season - an obvious cull.

Temperament and conformation need to be considered in conjunction with the Production Worth (PW). Everyone milking cows must remain safe. There may be some cows with high PW that you want to keep in the herd but you must ensure the team can identify them at each milking and take precautions to milk them safely. Temperament challenges with some cows may be overcome with calming actions.

Cows due to calve after the desired calving period are candidates for culling – in later years these cows are more likely to remain as late calvers or not get in calf at all.

There are many factors that should be included in the health category when considering cows for culling. The major one is mastitis: cows which regularly get mastitis are usually culled, irrespective of their productive capacity. Other common health factors include feet trouble and calving difficulty.

It is important to consider the PW of an older cow when making culling decisions. The age at which a cow becomes too old depends on your own personal preferences and has much to do with the stocking rate and geographical nature of your farm. You will know from past experience how well an 8 or 9-year-old cow performs on your farm.

After deciding which cows which will be culled based on the factors listed above, the next set of animals to consider culling are those with the lowest PW.

The PW indicates the lifetime ability of a cow to convert feed into profit. It tells us how each cow stacks up against its peers of the same age in the herd, under the same management conditions.

Lactation Worth (LW) show us the current season’s performance. It can be influenced by events during the season and should be used in conjunction with PW. LW becomes more important when a cow is older because the cow’s PW is not updated with new herd test information once it reaches eight years of age, but it may be past its prime. LW will provide an indication of this.

Find out more about PW, LW and other economic values at dairynz.co.nz/economic-values

There is a common belief that empties milk better than pregnant cows but this has been disproven by DairyNZ research in 2003, where they analysed the production from 154 identical twin cows, one twin pregnant, and the other empty.

If you are running short of feed it may be better to cull cows early rather than trying to graze them elsewhere in the hope that it will rain.

For farms prone to summer dry, there is rarely sufficient pasture to meet both cow demand and pasture cover targets for the autumn. Even if there are periods of growth in January/February that exceed demand, this growth is usually required to build up feed cover to meet future cow demand.

For most farms (excluding irrigated and summer safe) milking 80- 85 percent of peak cows from January onwards does not result in low pasture utilisation (wasted feed) or less milk production – in fact more milk is produced as less feed goes to cow maintenance.

Feeding supplement to culls is expensive. If the known culls are disposed of the rest of the herd is fed better and all the extra feed goes to milk production, not maintenance, as is the case with culls. Where 20 percent of the herd is culled, the remaining cows can be fed 25 percent more i.e. cows have more feed for milk production and cow condition.

Body condition of first and second calvers at calving has a major impact on their reproductive performance. These animals need to be BCS 5.5 at calving. Cows in their first lactation need to be preferentially treated (OAD or dried-off early) as they are still growing. Research shows that heifers suffer more BCS loss in summer. Keeping culls puts more pressure on these animals. 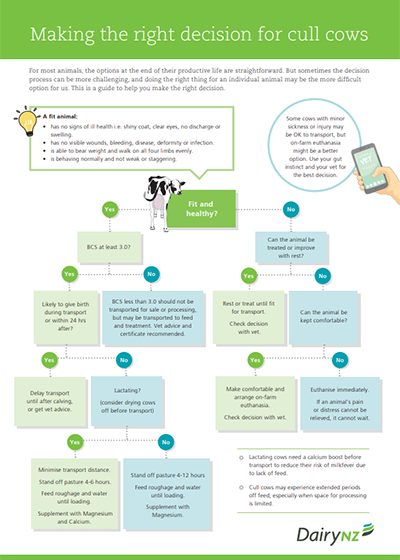 This is a guide to help you make the right decision. 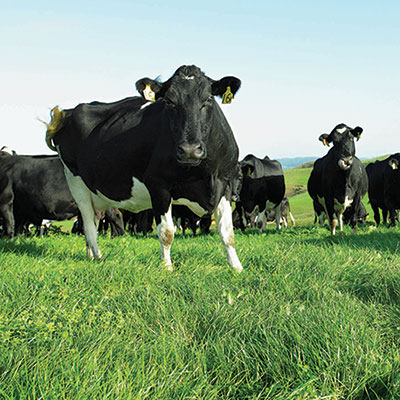