Understanding the requirements of pastures in your system. 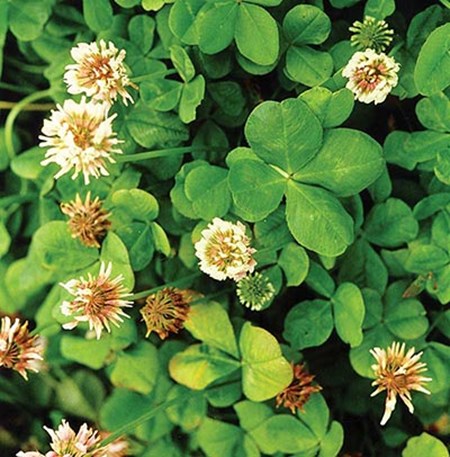 White clover is the base legume of New Zealand dairy pastures sown in a wide range of pastures and management systems. It has a high nutritional value and fixes atmospheric nitrogen (N) to make a substantial contribution to the growth of companion grasses.

The rate of leaf appearance of clover leaves is mainly influenced by temperature, and leaf size is influenced by light - shade is detrimental to growth.

The clover leaf does not regrow after grazing. A stolon branches from nodes and spread out in the pasture.  Light intensity speeds up the production of these daughter stolon's.

White clover is generally more resistant to grazing than ryegrass, the energy reserves are stored in the stolon and root, the stolon stays close to the ground so is rarely grazed.

Clover growth habit means that there will be leaves at varying heights from the ground, some of which will not be grazed.

These two types of ryegrass are described together because they are used in similar situations. Large leaved, and cool season active these ryegrasses are highly valued for their winter and early spring production of high quality forage.

Annual ryegrass is commonly sown in autumn as a 6-8 month winter/spring crop. In warm, summer dry areas it will persist only to flowering and seed set in early summer. Cultivars can persist longer in mild, moist summer climates with low insect pressures (e.g. irrigated Canterbury and Otago, and Southland). 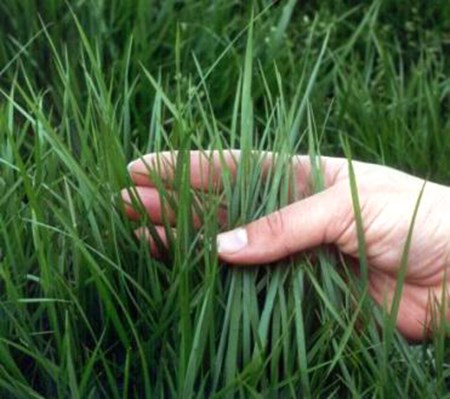 Tall fescue is an alternative to perennial ryegrass as a permanent pasture, which does best in heavy soils, and needs specific management to maintain its feed quality.

The optimum temperature for tall fescue is 26°C, with growth continuing into mid 30°C temperatures.

It has a larger root system than ryegrass which provides tolerance to some insects, less pugging damage and less pulling by cows.

It cannot be used in a mix with ryegrass. 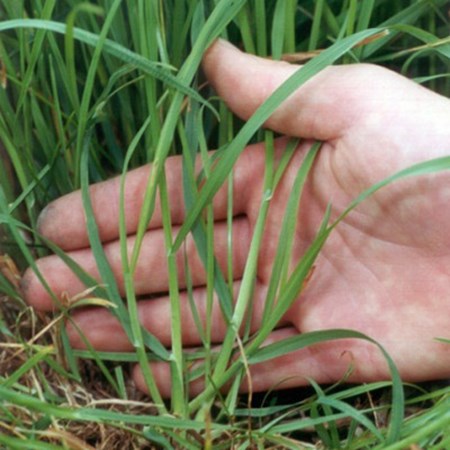 Cocksfoot is the most persistent perennial grass, most commonly used in summer dry areas as a minor component (e.g. 2-4 kg/ha) of ryegrass/clover pastures. It tolerates summer dry conditions, a range of insects and moderate soil fertility.

Although subterranean (or sub) clover is the most widely sown annual legume in summer dry areas of New Zealand, it is rarely suited to dairy farm systems. It must be allowed to seed in the first year, and in autumn pastures need hard grazed and kept very short (e.g. <1000 kg DM/ha) to allow space for seedling regeneration.

It establishes in autumn and grows from rosettes to produce long, horizontal stems during late winter and spring.

Sub clover buries it seed. Self-pollinating flowers grow off runners on the soil surface and then the seed containing burrs push into the soil to bury the seed to survive the summer.
Seeds germinate when rainfall resumes, but seedlings can die during subsequent dry spells (false strike)