There’s room to save time in almost all herringbone dairies, the key to improving efficiency is to use a consistent milking routine for all milkers.

The swing-over herringbone is the most common dairy type in New Zealand, used on 69% of dairy farms.

Many farmers have managed to make significant savings by adopting a routine that:

There are a number of ways to compile an efficient milking routine depending on individual dairy design. However, the following elements have been identified as key elements that good routines have in common. 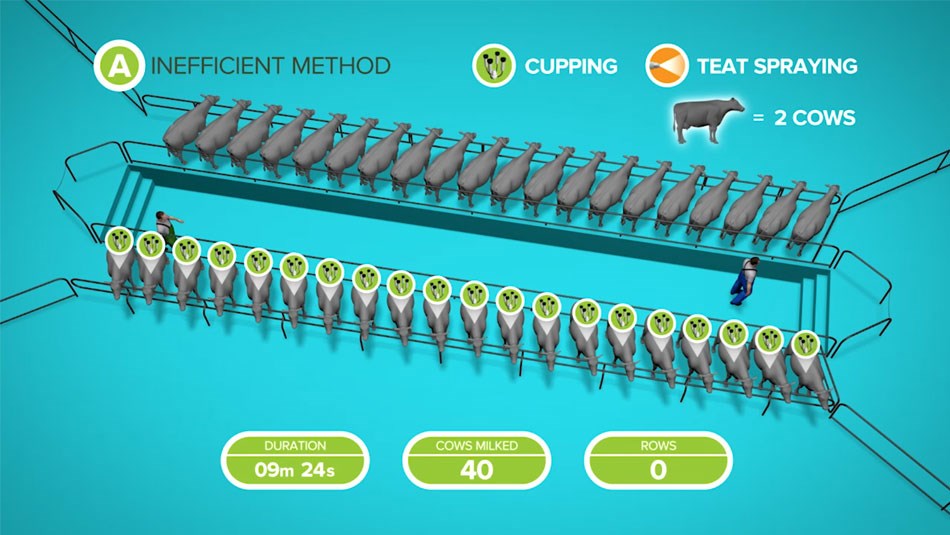 See how the location of key controls affects the amount of walking in the pit. Re-locating the backing gate switch is a common low-cost change to improve efficiency, whereas changing the swing head gate to one that can be opened and closed from the majority of the pit is a more significant investment. 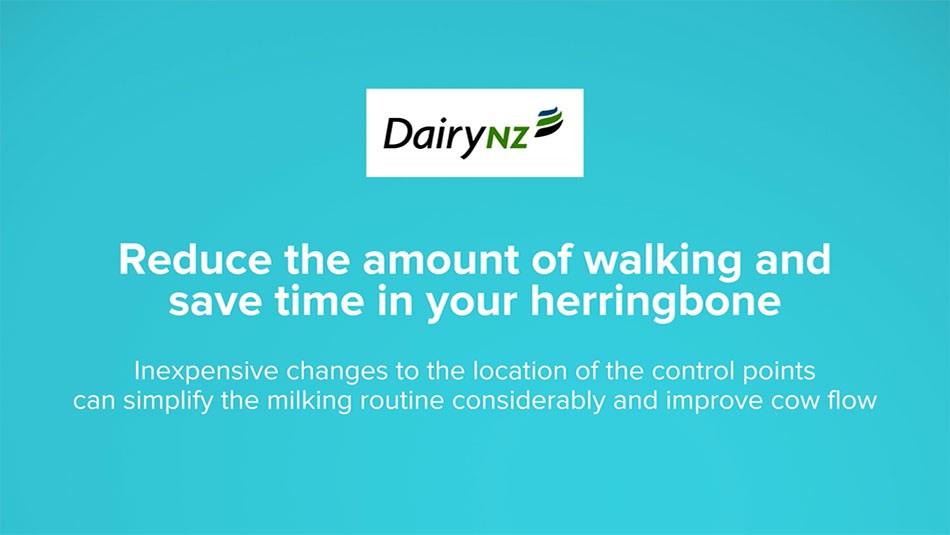 A step-by-step guide explaining the basics of implementing a maximum milking time (MaxT) in a herringbone dairy.

Attaching clusters is a major part of the milking routine and if not done correctly can cause teat damage, cup slipping, and lead to mastitis.

Making sure cows are comfortable while entering and exiting the dairy as well as during milking, will have big benefits for cow flow and efficiency. 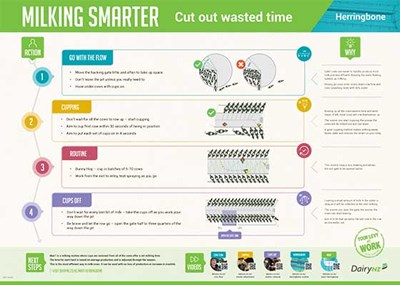