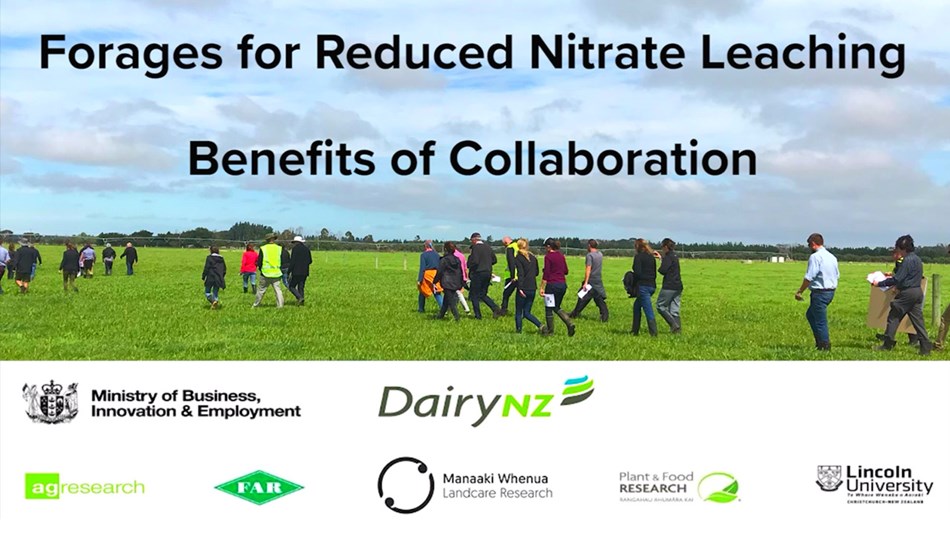 About Forages for Reduced Nitrate Leaching

A urine patch is the primary source of nitrogen (N) leaching in grazed pasture and crop. Forages can reduce nitrate leaching by 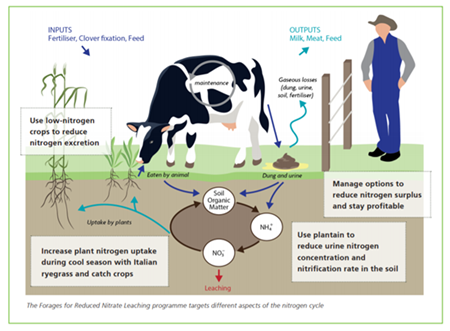 Diverse pasture, low-N crops and catch crops appeared to be practical options in many situations and were readily implemented on farm. Collaboration with Overseer ensures that these options will be reflected by the model, so that farmers can assess the benefits in their specific situation and how to adjust management to optimise their use. For the FRNL monitor farms, success of reducing modelled nitrate leaching varied, depending on what the farm was already doing, concurrent changes in management, soil type and climate.

The Forages for Reduced Nitrate Leaching programme combined the expertise and resources of these monitor farms and three Crown Research Institutes (AgResearch, Plant & Food Research, Manaaki Whenua - Landcare Research), one university (Lincoln University), and two industry-good bodies (DairyNZ and the Foundation for Arable Research). The main funder of the programme was the Ministry of Business, Innovation and Employment (MBIE) with the six programme partners providing co-funding.

FRNL used a range of field trials, lysimeter studies and animal trials to define viable options. Collaboration with commercial farms, the FRNL monitor farms, ensured their applicability and adoptability. The farmers provided feedback throughout the programme, and research questions and experiments were adjusted accordingly. This flexibility in the programme proved to be a critical factor for its success.

The FRNL monitor farmers tested and demonstrated the researched mitigation options on farm. The use of plantain, fodder beet and catch crops did not appear to impact negatively on feed supply and farm profit. Modelling the farm systems showed year-to-year variation in nitrate leaching, and for some farms substantial improvements since the start of the programme. The monitor farmers’ questions and feedback directed the development of information to support implementing these options on farm.

Hover over the map below and click on the hotspots for more information on the monitor farms. 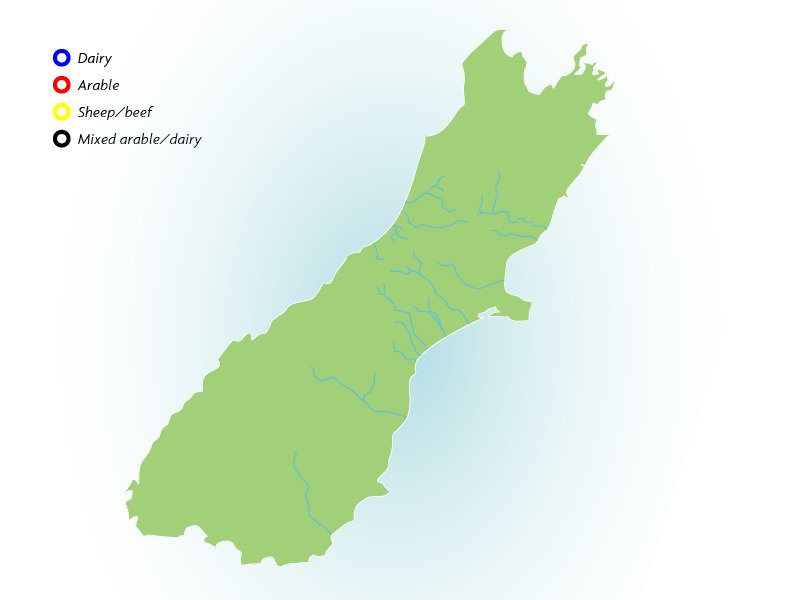 Inside Dairy and Technical Series articles

A network of Dairy, Arable and mixed livestock farmers are influencing the direction of research and priorities of the FRNL programme, as well as adopting new mitigation options and sharing their learnings to the farming community.

The Forages for Reduced Nitrate Leaching (FRNL) programme identified early on that having the effects of mitigation options reflected in the Overseer model would be an important outcome of the programme.

Plantain is highly palatable to animals, establishes rapidly, is pest tolerant and has a high mineral content.

The purpose of a catch crop is to increase annual dry matter production, to take up soil mineral and urine nitrogen and to reduce the risk of leaching or runoff.